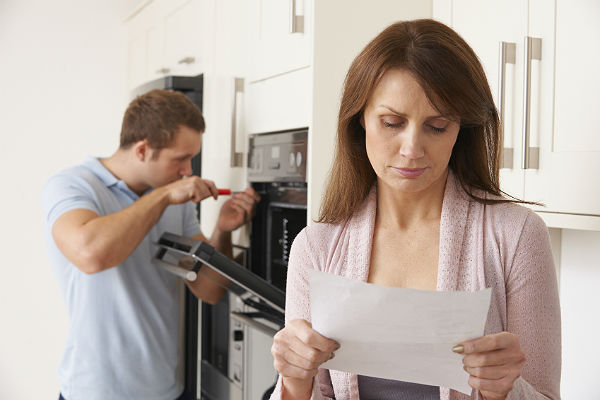 Passive Paul wakes up and starts his usual day, always moving against himself but not seeing it that way. He constantly doesn't resist anything that homeowners tell him. He finds it extremely uncomfortable to confront others, and he would rather not say much and just let things go.

He goes to great lengths to gain approval from everybody he meets, and sometimes he even gives up important parts of his own personality to avoid criticism or disapproval. Passive Paul finds it almost impossible to assert himself with customers and cannot ask for what he wants.

Passive Paul keeps quiet when he needs to speak up. He withholds valuable feedback for fear of rejection. There are questions that Passive Paul needs to ask, but he can't for fear of being rude. Paul has not learned that he has the right to ask questions and to get information that he needs.

Today is no different, and he heads out to his first call. The boss is expecting great things, and Aggressive Harriet is waiting to chew him up.

It's a beautiful day, and Paul is in a good mood. He arrives on time and promptly gets out of his van just like he has learned in training. He gently knocks on the door and meets Harriet, who comes to the door with a cellphone stuck in her ear. She looks perturbed and motions for him to go on downstairs and mutters something about how she does not have time now to talk.

Passive Paul says that's OK (when it really isn't) because he has so much need to avoid any conflict or disapproval and hangs his head without asking for what he wants. Paul learned in class that it's important to establish a connection and build trust at the door, but he finds it impossible to do this new behavior because of his own emotions. Paul could never hold his hand up and say, "It's important that I talk to you and ask you a few questions, so I'll just wait until you get off the phone."

Unfortunately, Passive Paul is off to another bad start, and it's only 8:30 a.m. He knows nothing about her situation, and he is there to do a plumbing inspection. He has not established any eye contact. He had little connection, and he has failed to establish any trust.

In short, he is just the hired help at this point. Paul has learned in class that he needs to become the trusted advisor and that he is the expert, but he feels like the defeated chicken little most of the time. In Paul's mind, this will be like every other inspection in which he never sells anything.

However, Assertiveness Assistant Alan is with Paul today observing, and he hopes that will help. Paul begins his inspection, pointing out problems and listing them on a quote sheet so he can do a presentation. Paul is surprised to hear that it is not his job to do a presentation and that he is there to establish relationship with Harriet and ask questions about her pain. Paul goes into hyperanxiety after hearing that.

At the end of the call, Paul is able to talk with Harriet and show her his quote sheet of several repairs adding up to $1,200. She thanks him and says, "May I have a copy of that and get back with you?" Paul eagerly agrees without any pushback because he is afraid of any conflict. As Paul leaves, Alan takes over.

Alan: "Harriet may I ask you a question before we leave?"

Alan: "There are five repairs there. What's your priority?"

Alan: "So what do we need to do to get this scheduled? Do you need to talk with your husband?"

Harriet: "No!" she said with an agitated look that Alan would even ask about her husband.

Harriet, after a long pause and thinking: "I guess just getting my computer out and scheduling it. Let me get it."

See passive Paul is so passive he almost blew this sale.

So what is the solution? Paul must grow and learn to be more assertive. Most of his personal relationships are unhealthy, and sales is relational. Paul does not establish healthy boundaries for himself, and he must learn to be assertive and respect himself and others.

Paul must learn to establish relationships based on mutual respect, honesty and openness in relating. Paul must learn that he has the right to ask questions and ask for what he wants.

Roger Daviston is a personal growth consultant who facilitates behavioral change in others while helping them notice more choices that will lead to better outcomes. Learn more at RogerDaviston.com.