Pancakes and the value of reinvention 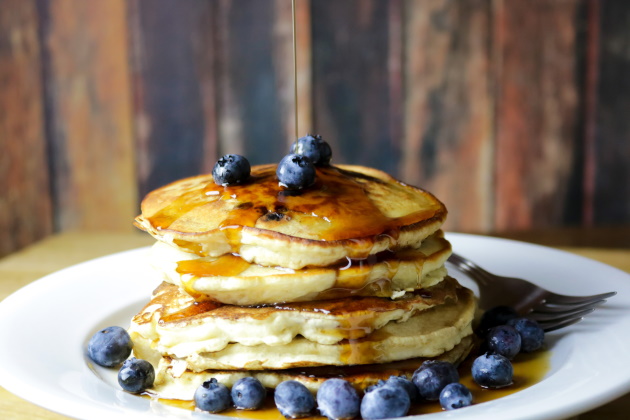 How do you like your pancakes? With or without butter? What kind of syrup?

Beginning this spring, IHOP is betting that you’ll take them to go. Late last year, the breakfast giant announced the upcoming launch of Flip’d, a new fast-casual option designed to attract the Starbucks crowd by offering the usual IHOP fare in more portable options — for example, pancake bowls and egg sandwiches instead of the traditional breakfast platters the chain is known for.

This latest venture is not unusual for IHOP, a franchise that notably stirred up a tempest on the internet in summer 2018, when it temporarily rebranded as “IHOb” to shine a spotlight on its burger menu. The change drew some backlash from commenters who suggested the chain should stick to the breakfast arena, which is why the chain came back a year later with a new selection of “pancakes” — which were, in fact, just burgers going by a different name.

Once again, IHOP succeeded in capturing the internet’s fickle attentions. And in case you’re wondering: Yes, the burger stunts did translate into profit; according to AdAge, IHOP restaurants reported four to seven times as many burger orders in the days following the IHOb unveiling, even as its breakfast business grew.

If you’re looking for a way to reinvigorate your brand, you could do worse than to follow IHOP’s example of rebranding. But where do you begin?

Build your future by owning your past

In 2009, Domino’s Pizza did something unthinkable in advertising: It admitted its pizza was terrible. In a short online documentary, Domino’s highlighted the most scathing tweets criticizing its food, from the “processed” cheese to the crust that tasted like “cardboard.”

Obviously, bashing your own product is generally not advisable in marketing, but Domino’s used the criticism as a springboard to highlight the improvements the company had made to its recipe. By rebuilding and reintroducing itself, the company turned its biggest weakness into its greatest strength, drawing back many previously lost customers.

The takeaway from Domino’s example is that your deficiencies aren’t always something you should hide or shy away from. By owning your faults — and demonstrating to the world that you are being proactive about addressing them — you can win over hearts and minds.

IHOP’s push to portability makes sense for a chain hoping to capture more weekday traffic. Since consumers can’t make the time to sit down for a morning meal, Flip’d is IHOP’s strategy to meet them halfway — and perhaps sneak some business from the fast food chains that are always crowded during the morning rush. This is a prime example of knowing your customer and positioning yourself to meet their needs.

When you consider reinventing your brand, think about what you can do to meet your own clients halfway. Technology moves fast; needs change. It’s very likely that some of the services you offered in the past are no longer in demand, or at least in the same way you offer them. What can you do to meet your customers halfway?

The seven most dangerous words in business are “But we’ve always done it that way!” If your brand is treading water and you’re feeling apprehensive about making a change, consider whether you can afford not to rebuild and rebrand. And if you still find that prospect scary, just remember: IHOP was brave enough to call a cheeseburger a “pancake” and got away with it.