One step forward and baby steps back 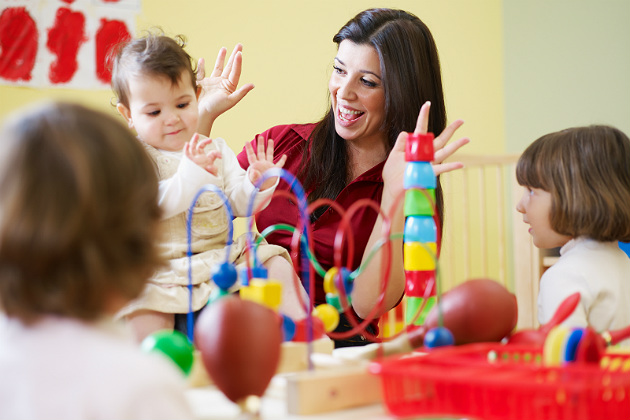 The policies, funding and legislation concerning Canadian childcare at the federal and provincial level have varied quite significantly over time, giving rise to hope for a universally accessible system just before dismissing it entirely.

The childcare climate in Canada has many families choosing unregulated and for-profit care at the expense of high-quality regulated programming. Yet the social and financial benefits to children receiving high-quality early care and education are indisputable.

The current Canadian federal government allocates approximately 0.2 percent of its annual gross domestic product (GDP) toward early education and childcare in Canada. This contribution covers children from zero to 5 years of age and is one of the lowest GDP expenditures across all OECD countries, according to recent research.

In Ontario, this support comes from a few major sources, including a taxed Universal Childcare Benefit (UCCB) of $1,920 per year for families with children less than 6 years of age. Though, this benefit does not apply only to families using childcare, this will not nearly cover the cost of childcare services in Canada.

In addition, the Federal and Provincial Government provide families with a nontaxed Canada Child Tax Benefit (CCTB) of approximately $1,471 per year, with reductions in benefit for those making a combined income of $44,701 or more. The grand total support for families with children under 6 years of age, may reach a benefit of just over $3,000 per year.

The necessity of childcare comes when employment insurance benefits such as maternity and paternity leave are no longer available. Not surprisingly, shortly after the child's first birthday is when waitlists for childcare are the highest and most expensive. Though an admirable publically-funded source, Full-Day Kindergarten in Ontario is not available until children reach the age of 3.8.

Childcare costs vary widely for infants, toddlers and preschoolers in Canadian provinces, with parents in the largest Canadian cities, such as in Toronto, paying between $1,324 to $1,676 per month for infant and toddler care, just when they need it the most. Regardless of strong advocacy efforts for this demographic, many parents with infants and toddlers are still paying upwards of $20,000 a year for early childcare and education.

Used as a measure of healthy well-being in Canada, the employment rate for women with children between the ages of 0-2 is low, at 69.6 percent. The employment rate increases significantly as children become older; however, the number of children (0-5 years) with employed mothers has hardly changed since 1992.

Economic inequity in the earliest years of a child's life has some families choosing between staying home to take care of their children and finding their way back into the workplace. Families continue to diversify, with many single parent families relying on childcare and education. It is not enough to increase childcare spaces alone, without a regulated, high quality and universally affordable childcare model for families.

Policymakers and researchers alike have advocated for the benefits of high-quality childcare. And it has been widely acknowledged that the earliest years of life can have a lasting and cumulative influence on outcomes later in life, including academic achievement and overall contribution to society.

Additionally, the costs of private and public childcare differ, resulting in many families still selecting private, for-profit and unlicensed care. Several of these sites have been evaluated as having poor quality standards of care, however cost-effective and available they might be.

The quality of sites is a major concern, given that preschool learning environments that were rated as low by the Early Childhood Environment Rating Scale-Revised Edition (ECERS-R) had little positive impact on the cognitive and behavioural scores of the children by 11 years of age.

For more than 25 years, it has also been widely condemned that placing money in the hands of parents does nothing for increasing quality childcare spaces — a major problem across provinces in Canada. This has lead to a commercial approach to childcare in Canada. After all, given Canada's per capita spending on early learning and care, it is well known that "[p]ublic spending on childcare per child is typically also lower in countries where private provision of day care is predominant," according to a 2014 OECD report.

Likewise, placing restrictions on for-profit centres may reduce childcare spaces altogether for this age group. Since the arrival of FDK, several preschool programs have closed, as the ratio to care for infants and toddlers requires higher fees from families.

At minimum, Canada may consider following the current noncommoditized solutions in other OECD countries, such as in Belgium, where they provide children under 3 the legal right to attend free school-based early learning and childcare. Another model in Quebec provides a flat fee of $7 per day to families for many regulated childcare services, rather than the use of subsidies for families, having the effect of increasing employment for women with children aged 0-6.

Given the cost to families and the commercial market of childcare in Canadian provinces, it is not surprising why the federal government has not allocated more of its GDP to provincial governments in Canada for fully funded childcare.

Due to the expense of high-quality, universally inclusive and accessible childcare for young children, even parents are left with the difficult choice of selecting unregulated care. It is only when a long-term investment is provided that parents will no longer struggle for economic equity.