Officers must take it one step further 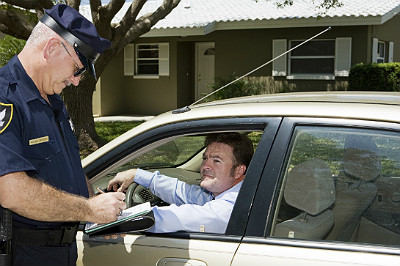 All are aware of the growth of domestic terrorism and how it has affected different regions across the nation. Awareness sometimes is not enough, and we as police officers must bring this awareness to the forefront and be more vigilant than ever before — due to the fact that we are the ones being targeted.

This is not a matter of "if" it will affect your community but "when." This threat should be a daily topic among officers, either with each other or during roll call. Supervisors should constantly keep their troops updated on current trends. Ignorance is not bliss.

Each officer must take the necessary steps to keep the threat at bay. Take the traffic stop one step further, or dig a little deeper on a domestic violence call — these things could result in saving countless lives.

Of course, this is not the sexy approach where you can boast about how much dope was seized or how many persons were jailed. This will be a nonqualifier for officer of the year. Your results will be the mass casualty attack that never happened due to your vigilance on a traffic stop or call. The attack will never happen, and no one will be the wiser, but this is the approach that needs to be taken every day.

Across our great nation, law enforcement officers reduce the possibility of an attack just by doing a good and thorough job:

These are but a few examples of officers going a little further and revealing what could have resulted in a tragic event or a mass murderer never being caught.

Being proactive sometimes is not enough. We need assistance in developing solid information that can lead to intelligence. Information is data we receive and process, while intelligence comes from the facts we analyzed from the information.

I can hear the grumbling every time community policing is mentioned to officers, but this is something entirely different. I want to advertise the concept of community policing as a law enforcement management philosophy mindset of "intelligence-led policing."

Of course, this has been around for a long time, but it's not often utilized. I am not reinventing the wheel, simply bringing awareness to the subject. We must have a proactive mindset during each and every community contact and carry that contact a little beyond the norm in an attempt to garner information.

As we go out and interact with citizens on a daily basis, two-way communication with the community is a necessity to identify criminal behavior. This information can lead to intelligence of criminal enterprises, including domestic terrorism.

This simple task is often overlooked. Be cognizant of your surroundings and, while engaging persons in the community, listen to what is said. The information you get may very well be information that could save lives.

The local law enforcement role has been difficult to determine in fighting the war on terror. This role can be defined by each officer taking each call to service a little further than they normally would, because new threats are created every day.

A major advantage local police have over federal law enforcement in combating terrorism is engaging the local population that hold a wealth of knowledge.

Keith Funderburk is a lieutenant in the Montgomery County Sheriff's Office in Conroe, Texas. He has 20-plus years of law enforcement experience. Since the start of his career, Lt. Funderburk has worked in numerous divisions covering every facet of police work, and he is an advocate that officers can prosper through mental and physical preparation.