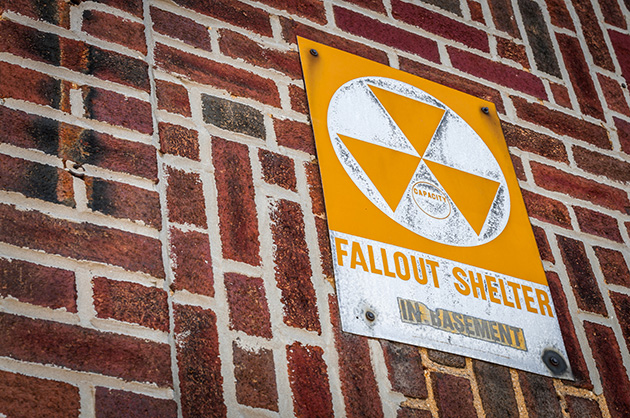 First, this is not an article aimed at scaremongering or sensationalizing headlines to evoke fear. Although not a topic discussed much since the Cold War, the possibility of a nuclear attack is sadly now part of the international conversation, and healthcare workers need to be educated.

The recent escalation of threats between the United States and North Korea has caused many to stop and ask: What would happen during a nuclear attack? Although the optimist in us all would keep the thought of "won't happen here" in the forefront, the pessimist/realist knows the possibility still looms.

In an effort to remain alert, Hawaii is getting prepared for a worst-case scenario, causing the rest of the nation to take pause. According to Lt. Col. Charles Anthony, director of public affairs to the state's Department of Defense, "If North Korea uses an intercontinental ballistic missile, from launch to impact is approximately 20 minutes."

This heightened sense of possibility requires all healthcare workers to be educated and aware of what would need to happen during a nuclear attack. Just as with other possible biological or chemical attack scenarios — although unlikely, we still need to be prepared and educated.

For example, we thought we were prepared for the Ebola virus in 2014, but the cracks in the processes became evident quickly. We have to learn from our lessons, and burying our heads in the sand is not the solution.

According to a "Preparing Hospitals, Doctors and Nurses for a Terrorist Attack," by Ronald Dworkin, M.D., Ph.D of the Hudson Institute, only 54 percent of the nation's hospitals have a nuclear terrorism component in their disaster plan. He points out that the traditional trauma response will not be adequate as it will need to focus on decontamination, radiological monitoring, removing radioactive material incorporated into the body and security.

The goal will also be centered on helping healthcare professionals protect themselves and others in the facility from further exposure as new victims come in. Dworkin ends the white paper reminding us that good doctors look several steps ahead, and closes with the harrowing words, "Right now, we are still unprepared."

According to the government website Ready.gov, the three factors of protecting oneself from radiation and fallout are:

In knowing these factors, healthcare workers can be key in educating the public of key things they can do before, during and after a possible nuclear attack.

As with all possible threats to health and the public, healthcare workers routinely find themselves on the front line and often in the path of danger. However, we must be always forward-thinking and as prepared as possible.