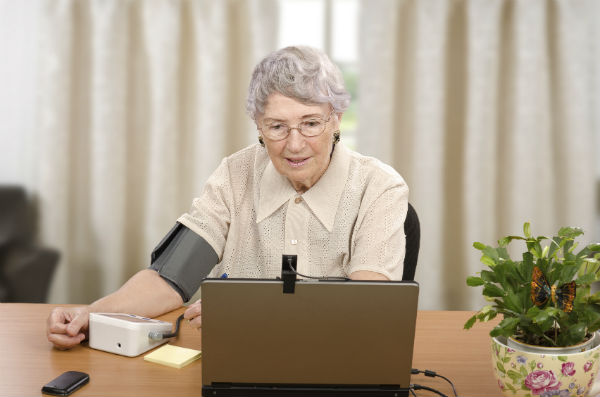 Telemedicine is frequently touted as a technology tool that can help improve healthcare access for rural populations, especially in areas with physician shortages. But telemedicine might not be the silver bullet to improve rural healthcare when those same areas have significant infrastructure challenges, new research says.

Telemedicine may have trouble even getting implemented in these locales because of "substantially lower broadband penetration rates," a research report published in Annals of Internal Medicine found.

"This observation suggests that the inadequate broadband infrastructure in rural areas prevents telemedicine from mitigating the barriers to care associated with physician shortages and may explain the low rates of telemedicine use among rural Medicare enrollees," the researchers said in the report.

Physicians that practice in rural communities serve 25% of Americans, according to the National Rural Health Association, but telemedicine technology is lagging despite efforts to improve this situation.

For example, multiple federal and state efforts are being made to create policies that are attempting to expand telemedicine use among publicly and commercially insured beneficiaries.

Some initiatives to take this on include Project ECHO (Extension for Community Health Outcomes), delivered by the University of New Mexico, an initiative that uses telemedicine to help rural and remote providers learn from specialists to manage care for their complex patients.

For some of the most pressing legislation that was in the works as of 2018, the National Consortium of Telehealth Resource Centers provides a roundup of major telehealth efforts that are underway. The Association of State and Territorial Health Officials also monitors telehealth activity nationally and publishes a list of activity, which was updated in March 2019.

Regarding the issue of whether rural folks have ample access to telehealth, researchers from the University of Pittsburgh, the University of Pennsylvania, and Johns Hopkins University used a healthcare provider database and Google Maps to determine whether counties had adequate access to primary care physicians and psychiatrists based on driving time to those providers. The researchers then used Federal Communications Commission (FCC) data to measure whether counties had sufficient broadband internet access.

The researchers measured broadband internet access as the county-level fixed broadband penetration rate as defined by the FCC. The percentage of a county's population with internet access at a download speed of at least 25 megabits per second, sufficient to support video-based telehealth visits.

Telemedicine has been proposed as a way to improve access to care in areas where physicians are in short supply, but it can only work if doctors and patients can access the internet, the researchers said.

According to the Association of State and Territorial Health Officials, "evidence indicates that telehealth is cost-effective across several populations, with comparable or improved health outcomes for conditions such as heart disease, stroke, depression and diabetes. However, telehealth adoption is influenced by private and public payers for reimbursement requirements. Additional factors include licensure and credentialing, technology and broadband access, and patient and provider awareness."

"Although telemedicine has the potential to address geographic barriers that result from long drive times to receive care, its potential will not be realized until the telecommunications infrastructure improves and public and commercial insurers develop and expand policies to reimburse telemedicine visits from patients' homes, particularly in the most rural counties," the researchers said.

The authors suggest that other issues may be barriers to telemedicine use, such as policy issues and reimbursement rules and incentives that inadvertently discourage the use of telemedicine in rural areas.

Increasing adoption of telehealth in rural areas may include establishing incentives for academic medical centers to provide continuing tele-education and telemonitoring and creating incentives for rural providers to participate, the researchers said. Reimbursement policies also need to change so patients can use telemedicine without the requirement that they participate from hospitals and clinics, they added.