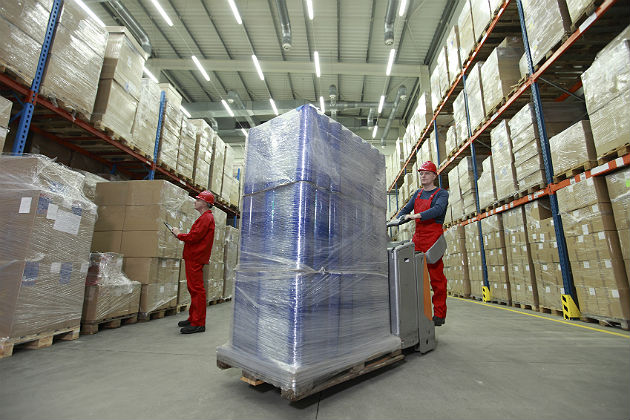 In many countries, inflation is a remarkable actor on the economic scene year by year.

In Argentina, for example, inflation is a big problem for both the macro- and micro-economy. Below you can find the evolution of the inflation in the past five years in Argentina: 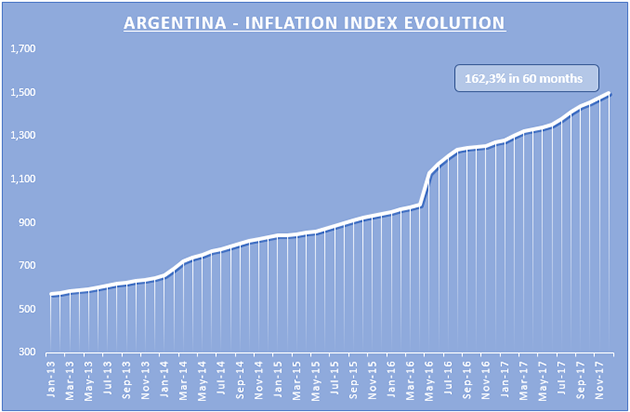 Inflation can also be a huge challenge for supply chain managers whenever we have to face complex negotiations. In this scenario, negotiations turn into a difficult, drawn-out process in which companies and suppliers try to set convenient positions based on estimations or speculations related to the upcoming uncertainty.

Thus, the objective of this article is to delineate the basics of a negotiation process during inflationary contexts and open to discussion the positions of the parties during the negotiation.

The main characteristics of these inflationary processes are the price volatility and uncertainty of the speculative environments in which these kinds of negotiations usually take place. These speculative positions are not only related to the suppliers but also the companies that require goods and services.

Time is a key player here, and it is considered the most important issue affecting the negotiation process. While this concept is nothing new, we will see in this article a different point of view in time management related to the evolution of the different variables involved during inflationary processes.

First, we will talk about time in relation to price evolution. During inflationary processes, the price evolution is marked by a strong acceleration over time. Obviously, this evolution tends to increase the price.

Normally, a price increase during negotiations is usually associated with the following variables:

It is common that suppliers tie the prices to inflation evolution indexes. Normally, in countries where inflation has an important role in the economy, you can find official and private organizations performing this measurement. During negotiations, both parties tend to base their positions on these indexes.

It is also common to find a mismatch between official and private indexes, where the latter usually exceed the former.

Depending on this, the suppliers and contractors usually consider the private index to present their arguments and hold positions, while the companies tend to use the official information because will help them to negotiate better prices and reduce the price increase requests.

During the course of negotiations, you will likely face variations in the salaries that sometimes are the larger part of the prices of goods and services. In countries with inflation, usually the salary increase runs behind the inflation evolution.

This variable does not evolve constantly, but it happens in a staggered way. Thus, if a delay occurs during the negotiation, you will probably have to face a price increase if the salaries change.

Because of these aspects, the companies that are buying goods or hiring services should make a quick deal, closing the negotiation process as soon as possible to avoid the constant price increases.

It is also logic think that suppliers will tend to delay and stretch the deadlines just to ask for a price increase or update the commercial conditions and, in this way, try to preserve the profit margins.

You must also understand time in relation to the value of the money. In this kind of negotiation, you should consider the time related to payment terms for the goods and services you want to buy or hire. A key factor in the negotiation will be setting a convenient payment term.

From the supplier's point of view, a shorter term will improve the cash flow and reduce the loss of value of the money they receive. The money value decreases more as time passes during inflationary periods.

For the company that is buying, agreeing to extend the payment terms equates to a reduction in the price. As time passes, the value of the money they have to pay is lower (if a fixed price is agreed upon).

All of these points may seem pretty obvious, but is incredible the number of times I have found negotiations without any consideration about them.

In future articles, we will discuss other variables that strongly impact in complex negotiations immersed in inflationary contexts.

Pablo Scaffidi is a passionate supply chain professional with more than 15 years of SCM experience in the oil and gas industry. Prior to that, he worked as supply chain consultant in several companies. He has a full service-oriented profile helping and supporting colleagues in all SCM-related topics. Pablo graduated from National Technological University in Argentina as an industrial engineer and has a master's degree in oil and gas. He is currently studying for an SCM MicroMasters degree at MIT.