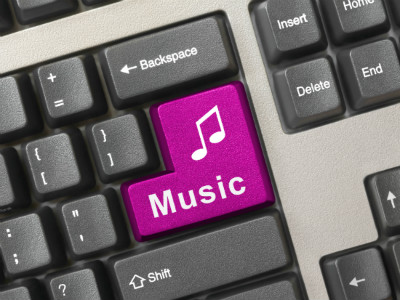 Have you ever had a song stuck in your head while you’re at your place of employment? You’re singing to yourself silently while working on your daily tasks, but want to actually listen to the song so you can stop replaying it in your head. Well, you’re in luck. Studies have shown that the power of music can actually benefit your workplace by boosting productivity.

In a survey commissioned by U.K. licensing organizations PPL and PRS for Music, 77 percent of surveyed businesses say playing music in the workplace increases staff morale and improves the atmosphere. In biological terms, melodious sounds help encourage the release of dopamine in the reward area of the brain, as would eating a delicacy, looking at something appealing or smelling a pleasant aroma, said Dr. Amit Sood, a physician of integrative medicine with the Mayo Clinic.

Music has been long used to create peaceful, pleasant environments in offices and places of relaxation. It is used to help motivate athletes in sports competitions and to ease tension. It can sooth nerves, drown out distracting office chatter, boost morale and significantly enhance performance. It can even become part of a company’s identity — just ask MultiView, Inc., a Dallas-based B2B digital media publisher in the association world.

“We believe music in the workplace is crucial in improving not only company morale and atmosphere, but also in promoting creativity,” MultiView CEO Scott Bedford said.

The National Institute of Health compared it to the classic scene from the Walt Disney movie Snow White and the Seven Dwarfs in which that "loveable septet sings 'Whistle While You Work.'" Music can also have greater satisfaction with the employee, which will allow him/her to stay with the company longer, increasing retention rates.

Dr. Adrian C. North showed in a study that choosing the correct style, tempo and volume of music will help create the image and working environment that best suits you. Whether it is task performance, physical labor, morale, health, or mood and social pro-behavior, it can be used to help you raise productivity and in turn help your business.

Keep in mind, though, that if you decide to implement this into your business that you consider volume, type of music and song repetition. Music should be neutral but effective enough to increase morale within the workplace. It doesn’t have to be the typical "elevator music." You don’t want your staff falling asleep and actually decreasing productivity. Talk to your staff and see what they would like to hear.

“As music is such an integral part of our corporate culture, we have a full-time employee dedicated to keeping up-beat music playing during work hours in all four of our offices spanning North America,” Bedford said.

The trend that began 30 years ago with the Sony Walkman is all around us now. You can’t go two minutes without running into someone wearing headphones. It’s the power of music, a phenomenon that it’s time for your company to join.

Does your workplace play music?