Meet the passionate founder of Show Me Your Stethoscope 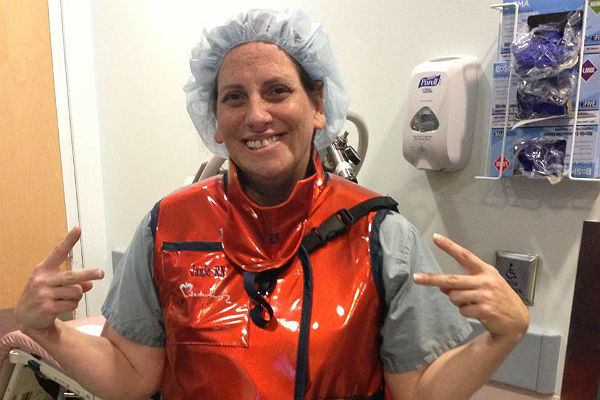 Janie Harvey Garner created Show Me Your Stethoscope in response to comments on The View. (Image: Facebook)

Every once in a while, a person is in the right place at the right time. Some say the moons were in alignment. Others would say you were destined to be in a particular situation by fate or divine intervention. However you look at it, the magic that happened in the Facebook group "Show Me Your Stethoscope" is just such an example.

Two weeks ago, the healthcare community was lit on fire by some remarks made on the popular daytime show The View. That day, an unassuming nurse in Missouri, Janie Harvey Garner, realized she could not let this pass. She had come home from work and realized she had to do something. Being from the Show Me state, it was just natural to ask her healthcare friends to show off their stethoscopes, and an unassuming Facebook group was started — Show Me Your Stethoscope.

She originally thought maybe 50 of her closest friends would have some fun taking some pictures. However, by bedtime, she had 50,000 members. When she woke up the next morning, almost 100,000, and another 20,000 joined as she drove to work.

In the next few days, it continued to spread like wildfire. Pictures were being posted from around the world, and thousands by the minute were asking to join. Just a week after forming, there were more than 800,000 members.

Little did Garner realize that, as she puts it, "a crazy nurse who just asked every one to show me their stethoscope" was going to garner so much attention and solidarity. She had single-handedly done what no professional organization had been able to do — she rallied the troops in unity. That's when Garner realized she owed it to nursing to do whatever she could. And she could not let this moment pass. 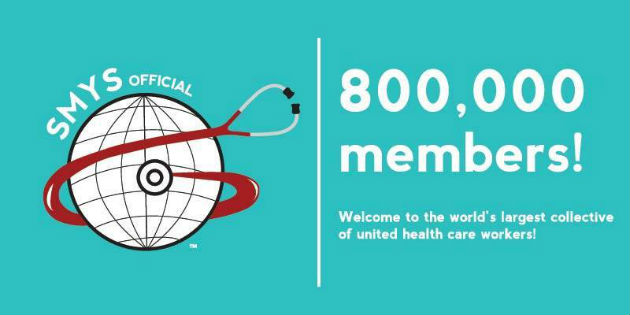 In a manner of days, the membership of Show Me Your Stethoscope ballooned to more than 800,000. (Image: Facebook)


In an exclusive interview with Garner, she shared that the new-found success was definitely unexpected. In speaking with her and in reading her posts, you quickly realize she is a humble and fun-witted nurse. Like all nurses, she is just trying to give good care to her patients. However, as the conversation continued, it becomes increasingly apparent that she is passionate about a profession that has given her so much.

Garner graduated in 2007 and began her career caring for others as a nurse. However, a few years later, it was nursing that would save her.

In 2011, she lost her oldest son to an unfortunate accident. Like many who have lost a loved one, the grief was heavy and she felt she could no longer work at the bedside. She began working from home at a desk job while going through the motions called life.

Some time later, she started to realize her son would not want her hiding behind a desk, but instead doing what she loved — taking care of patients. She quietly shares that "having someone else to care about saved my life."

Although the Show Me Your Stethoscope group has grown by leaps and bounds, Garner's hope and focus has been unwavering. Initially, the goal was to provide a platform of solidarity for nurses. She makes clear all nurses are welcome — LPNs, RNs, NPs and everyone in between.

Garner notes that the biggest problem we have is the lack of unity in healthcare. There is too much division, and that creates strife and unrest. Therefore, the goal must be to welcome everyone — from student to expert — if we ever hope to make changes for the best.

Garner is quick to share that Show Me Your Stethoscope has no alignment or hidden agenda. The group just wants to create a space where nurses and other healthcare providers from around the world can come and just "kick around" with others who understand them. They want to help nurses take a stand for themselves, believe in themselves, feel empowered to make change and have the courage to say, "No, this is unsafe and not going to happen."

With all the rapid growth comes growing pains and lessons learned. For example, can you imagine "approving" more than 10,000 membership requests in just a few hours? Or even combing all the posts and comments looking for spammers and inappropriate content all by yourself?

It quickly became clear to Garner that she would need some help, and a rally call was put out. A multitude of members stepped up to help, and 12 passionate individuals were chosen to help on the administrative team. They have spent countless hours monitoring and filtering the site with the goal of creating a safe and respectful place to gather healthcare workers from around the world. And they are literally flocking from all corners of the world in unity and solidarity.

So what does the future hold for Show Me Your Stethoscope? They plan to continue the Facebook group and its community of sharing and support. They have also started a blog to streamline some of the information. They hope to initiate charitable works, such as scholarships or providing aid to underprivileged countries.

For example, considering most healthcare workers have multiple stethoscopes, they would like to do a donation drive to send extras to areas in need of basic medical supplies. She truly wants to give back to a profession that has given her so much.

Ultimately, the bigger goal is to continue to globally empower nurses and healthcare workers and to educate the public on their roles. "Nurses are just people who care about people," she states so perfectly. "Every day I know I affect the life of a human being."

It's huge responsibility and most want to do it well, but do not stand up for unsafe situations. Show Me Your Stethoscope wants to change that feeling and thought. Garner is a stunning example of how one person can make a difference. But imagine the difference that can be made if all healthcare workers stood together.

So however it might be described, Janie Harvey Garner was the perfect nurse in the perfect situation at the perfect time. Thankfully, she chose to ask us all to Show Me Your Stethoscope.