Medical errors: Are they really the third‑leading cause of death? 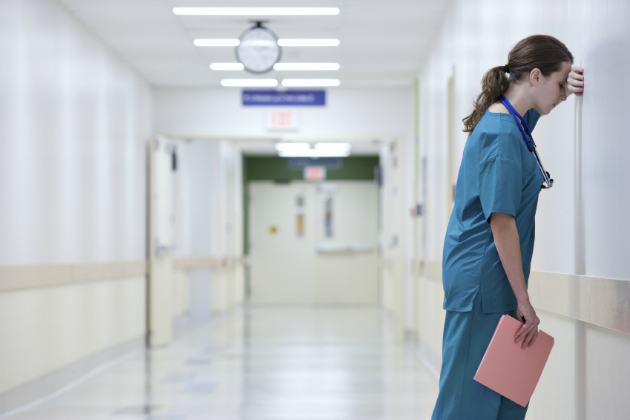 The 1999 Institute of Medicine (IOM) report "To Err is Human" focused national attention on patient safety and preventable medical errors. The report, based upon an analysis of prior research, estimated that 44,000 to 98,000 deaths annually were due to medical error.

A re-analysis of the same data was recently conducted by Johns Hopkins University researchers, and their estimates were compared to the Centers for Disease Control and Prevention's list of most common causes of death. This latest non-peer-reviewed article in the British Journal of Medicine (BJM) announced medical errors to now be the third-leading cause of death in the United States.

This has some clinicians questioning their methods.

Much of the original research referenced in both the IOM report and the latest report was based on the work of Troyen Brenan, M.D., senior researcher for the referenced Harvard studies "who cautioned against drawing conclusions about the number of deaths" in his studies because "the reliability of identifying errors is methodologically suspect."

In a commentary published after the release of the IOM report, he also notes "these decisions do not necessarily reflect the views of the average physician and certainly don't mean that all preventable errors are blunders."

Since 1999, hospitals and clinicians have made great strides to improve patient safety, and public policy changes have been made to promote safe practices. This includes continually improving practices that increase reporting and minimize risk, such as in hospital-acquired and central-line infections. Identifying, sharing and implementing best practices by nurses, physicians and hospitals has been the key.

The authors of the BJM article acknowledge the limitation of having International Classification of Disease (ICD) codes on death certificates identifying the cause of death and that human and system factors are not captured. They recommend the system for measuring national vital statistics should be revised to facilitate better understanding of deaths due to medical care.

Those who actively participate in formal quality and performance improvement efforts know not to jump to conclusions. There is a vetting process that will need to occur to ensure the "root cause of an absence of national data" will simply be corrected by adding a field to the death certificate asking "whether a preventable complication stemming from the patient's medical care contributed to the death."

Healthcare professionals must also determine whether "hospitals conducting a rapid and efficient independent investigation [root cause analysis] into deaths to determine the potential contribution of error" will be an efficient use of limited resources and a sustainable countermeasure.

A thorough root-cause analysis takes time and resources. Any adoption of new public policy mandating a root-cause analysis into every hospital death — or those occurring in a nursing facility, ambulatory surgery center or while receiving care at home — could result in unintended consequences, including added delays in access to care.

Patient safety can benefit from quality management approaches that rely heavily upon scientific methods of collecting data and understanding processes. While the ideas offered by the authors might be good, there are probably many more, and possibly even some that would add more value.

It is possible the authors used such an alarming claim in a three-page article to attract attention to their bottom line: "The system for measuring national vital statistics should be revised to facilitate better understanding of deaths due to medical care." However, one unintended consequence of their report may be that healthcare professionals get so frustrated with the distractions that the "alarm fatigue" begins to cause even the most committed to ignore some of the noise.

A claim based on research involving 35 deaths seems to fall a bit short of the scientific methods that are expected of healthcare professionals and organizations. Instead, healthcare professionals and hospitals want thoughtful scientific exploration that accounts for variances in patients, as well as their caregivers to help them reach the next stage of patient safety and reduce medical errors.