Media hype: Have you jumped on the bandwagon? 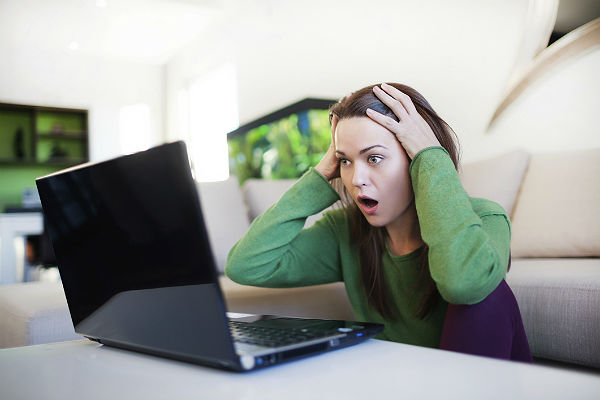 Mass media is a substantial power in modern culture, especially in America. We live in a mediated culture — where news both reflects and creates the culture. Our society is continuously bombarded with messages from a multitude of sources promoting not only products, but moods, attitudes and a sense of what is and isn't important in the world.

Consumers of the news are sometimes left feeling like they are getting the facts of the news, but also a great deal of ideological spin on it — media slant. Earlier this year, University of Chicago professors Matthew Gentzkow and Jesse Shapiro studied media slant through several outlets to see where it was truly coming from.

After their studies were completed, their finding was simple: "Media owners generally do not try to mold the population to their own brand of politics. Instead, like other business owners, they maximize profit by giving customers what they want."

So, is the media really honing in on what you want? Or are you jumping on the media-hype bandwagon?

Let's take the most recent news stories of Ebola, for example. Yes, it's a disease with no known cure and terrifying consequences for those infected, but there's another one out there that has had worse consequences — enterovirus.

The disease has sent thousands of people — mainly children — to hospitals in 43 states and Washington, D.C. A particular strand of this virus has caused polio-like symptoms, leaving patients unable to move their limbs. According to the Centers for Disease Control and Prevention, there is no link between the virus and deaths, but the four patients who recently died tested positive for the disease.

With all that said, did you know about it? Don't get me wrong, it definitely hasn't been ignored, but it's been on the lowest part of the news chain compared to the volumes devoted to Ebola.

This situation, as well as others, brings to question why certain diseases, organizations, etc., become media celebrities when others are ignored. The Washington Post shared Jay Bernhardt's views on the matter.

"If any or all of these issues received the levels of media coverage and public concern that Ebola was receiving, thousands of annual deaths could be prevented," said Bernhardt, the founding director of the Center for Health Communication at the University of Texas, said. "[It] reminds me a lot of the over-the-top coverage of serial killers or celebrity scandals in that they are far out of proportion with the risk or relevance to the general population."

Jeff Levi, executive director of the Trust for America's Health, understands why Ebola is at the top of the media chain — because it's interesting and frightening to people. But Levi also notes that it's something people within the public-health community struggle with all the time.

"Ebola has all the hallmarks of a scary disease," Levi said. "It is novel, dramatic, horrifying and potentially catastrophic. It's perfect for horror movies; why wouldn't it be perfect for news stories?"

A recent MultiBriefs Exclusive article highlighted how nurses and hospitals were not prepared for Ebola, but the comment below the article is what struck attention to the readers. It basically stated that healthcare workers have all been trained on infection control, and if you don't know about Ebola and how it's transmitted, then you should read about it to learn how to protect yourself and your patients.

The commenter suggested to not feed into the fear-mongering that is out there. Whether you're a healthcare professional, manager, employee, stay-at home parent, student, etc., you're affected by media hype in one way or another. Whether the news is accurate or not, or if it's something that affects you or someone you know, you have an opinion on the situation that's being discussed.

When it comes to Ebola, people have been extremely scared, comparing it to horror movies where contagions take over the world — or better yet, the zombie apocalypse. It's a little mind-boggling how we as consumers become so tied up into the web of mass media.

This whole conundrum isn't just about Ebola and other diseases. It goes far beyond that. Consumers of the media have been jumping onto the bandwagon for a long while.

Every October, you'll see celebrities, sports teams and people in your office all wearing pink to support one of the most well-known awareness months there is — breast cancer. But why is this one cause more popular than others?

Let's take Alzheimer's for instance. It's one of the largest leading causes of death in the U.S., and its month of recognition is November. Do you ever see news coverage about this? How about people wearing purple in November to support the cause? Or how about green in May for Mental Health Awareness?

Unfortunately, this is all because journalism is about news, not education. Peter Sandman, an expert in risk communication discusses how media coverage follows people's interests, which in return makes reporters cover the more scary items of business more so than the others.

So, whether or not you jump onto the bandwagon, you will always be affected — there's no stopping it.