Making the ‘Snap’ decision to double down on authenticity 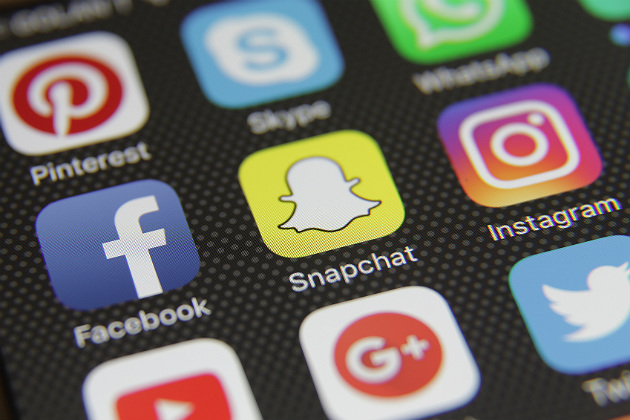 Authentic. Transparent. Real. Those are three words we’re not really accustomed to seeing these days, what with fake news, secret backgrounds and hidden motives.

Yet, for the savvy businessperson, these same three words could be the ace in the hole when it comes to successful marketing. In a world where everyone is hedging their bets and playing it safe until the odds are more promising, now is the time to double down on authenticity.

Some people just hear the word marketing and their skin starts to crawl with skepticism. This may be from being burnt on a misleading Facebook ad or receiving a less-than-satisfactory product from Amazon, but the trust factor in today’s consumerism is huge. Knowing which companies are reliable and trustworthy is now a daunting task that every consumer must shoulder, but as a responsible marketer, you can fight that skepticism by showing your hand.

Take, for instance, Snapchat — the social media networking giant known for coining disappearing conversations and posts. In the beginning, that concept alone bred fear and mistrust in potential users and skeptics, but eventually, quick, timely and disappearing posts became the norm across most social media platforms.

The reason for Snapchat’s early adoption and success was that, in the early days of disappearing content, most social networks were offering a more permanent user experience — meaning what you posted was there forever, a digital footprint that was all but impossible to erase. To the younger generations, that concept was too far off the mark of the anonymity they were seeking, and thus created the success that is Snapchat today.

So, while other networks quickly shifted to fall in line with the needs of the youth, Snapchat had to think of new ways to attract and retain users, all while maintaining its authenticity. This lead to genius marketing ploys such as geofilters and AI facial recognition, with the latest hit being the gender swapping/age manipulation feature it rolled out in May 2019.

Snapchat’s latest move to drive home their authenticity was also quite clever. After seeing its competitors struggle with privacy issues and algorithm changes that focused more on the advertiser and less on the user, Snapchat doubled down against copycat competitors by launching a global marketing campaign touting the importance of "Real Friends.” The focus of the campaign is to show that Snap is interested in developing close-knit, real relationships between real friends rather than fake lifestyles promoted by paid influencers.

So far, the Snap decision seems like a smart move to get and keep more users, but the question remains: Will the move pay dividends and make a lasting impact on Snap’s user base, or will it simply fade away like its users’ snaps?

Either way, it should be interesting to watch, and there are tactics from this smart move that you can mirror in your own marketing plans:

Know how to play the hand you’re dealt

Before your company embraces the idea of playing the authenticity card, the first thing you need to do is have a clear understanding of who your company really is and how you want to convey that message to your customers. Doing this is simple in a complicated sense.

First, go back to your original mission statement. What is it you wanted to accomplish when you started your business? Are those goals still the same, or has your company grown into something more?

If it’s grown, it’s time to rethink your mission and start from square one. Once that’s determined, you can approach your marketing strategy from the viewpoint of who you are and how you want to grow.

This also means you must be hyperaware of what your competitors are doing so you’re not falling into their shadow and just checking their hand all the way to the river. Authenticity is about being real, true to your company, to your brand. By knowing what you stand for and where your competition falls, you are better prepared to tell your whole story in a way that puts you back in the lead.

According to a recent Sprout Social report, consumers say brands are most credible when an issue directly impacts their customers, employees and business operations. With that in mind, choose what issues or causes you support wisely.

Does it play to a larger role in the betterment of your customers or employees? Is it something that’s just here today gone tomorrow? Is it a cause you truly believe in and that stands up against all scrutiny?

If so, showing support can work in your favor of proving your company’s authenticity. The transparency you provide when sharing information about the issues your company is involved with will play more in the favor of positive marketing than jumping on a bandwagon cause that has nothing to do with who your company is or what it stands for.

In this game, bluffing doesn’t pay

The whole point of authenticity is to keep things real, but that point gets lost with a lot of marketers because they put too much focus on repeated spin to get people to point, click and buy.

It would’ve been incredibly easy for Snapchat to switch formats to compete on a different scale with Facebook and Instagram, but what would we have ended up with? Three networks that offer the same experience that ultimately lacks what most people seek these days: authenticity.

Brie Ragland is a writer, marketer and editor. A graduate of Texas A&M University, she strives to find humor in most situations and uses that to make her a more creative communicator.