Knowing when our timing is off in healthcare 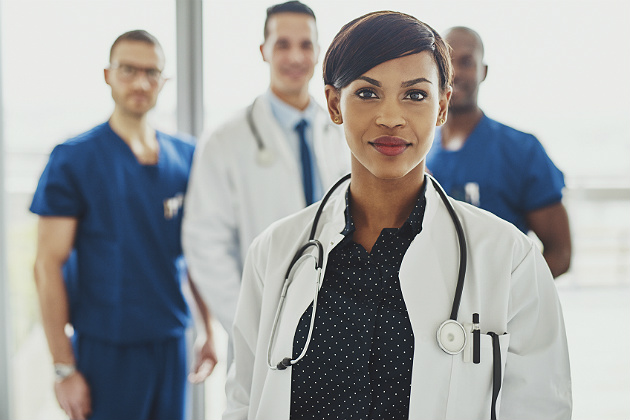 As healthcare providers, we know all too well that when the timing is off, people can suffer. Asynchronous heart rhythms, unchecked cellular growth and medication mistakes all can lead to death. Less tragically, blood sugar spikes and dips, sleep anomalies, and bowel disturbances can make folks miserable.

"Sequencing affects outcome," my dear deceased friend would often quote me from the yoga sutras. A world-class professional photographer and yogini herself, she knew precisely when she nailed the shot or missed the mark. Musicians certainly experience this — it’s all in the timing.

So it is with each of us emotionally. Consider all the "could ofs, should ofs, might ofs, if onlys" of our lives. If I had only taken this turn, made this choice, married this person instead of the one I did. And the consequences, commitments and concomitant ripples resulting from each of these decisions.

I know of a phenom opera singer whose career was derailed because of a missed call back in the pre-cellular days. An aspiring nurse anesthetist became pregnant and was promptly discharged honorably from military service due to archaic rules back then.

Some remain resigned to their obligations; others have reclaimed what they considered theirs. Movies are made of this stuff.

I’m reminded of an ophthalmologist client and his wife. For years they had looked forward to his retirement so that they could rev up their RV and travel the U.S., dog in tow. They had planned it "to a t."

A pancreatic cancer diagnosis turned their world upside down just as he stopped working. What timing! While he survived for more years than most, their journey then became one of just trying to keep him alive.

Sometimes, there’s an opportunity later in life to course correct. While wandering through a glorious orchid farm years ago, I happened upon the elderly Taiwanese owner. Reticent at first, he slowly shared his story as to how he came to be there.

As a child, he was drilled to become a doctor from the get-go. His Asian parents expected it, so on he went to medical school and became chief oncologist at one of the major medical centers in America. For 20 years he dutifully toiled, doing right by his patients and family, all the while wishing he was growing orchids.

When his parents became ill, he took an extended leave of absence and returned to Taiwan to attend to them until they died. Afterwards, there, in the orchid capital of the world, he stayed for two more years finally learning the trade he had yearned to do all his life.

Upon returning to the States, he formally left his oncology practice, bought the land and started his farm. Now, in a sublime sanctuary full of vibrant and resplendent beauty, he’s doing a very different kind of doctoring.

It takes courage to reckon with our missed steps. Authenticity and honesty, too. It can be difficult, and many won’t feel the need or be willing to do it. I have a physician colleague who somberly admits he sometimes defaults to fooling himself instead.

Yet, to gain closure with equanimity or to even be witness to or help shepherd it along can be some of the most precious and poignant moments of our lives, personally and professionally.

Whether dealing with actual death or with all the little dyings that our decisions deliver, we may reopen layers of grief.

Dr. Elizabeth Kubler-Ross, the psychiatrist, humanitarian and hospice pioneer, describes five stages: denial, anger, bargaining, depression and acceptance. Will we, can we go there?

The bottom line is we need to hold grief with gratitude, hand-in-hand. Go into our loss and move through it. Remember, grieving takes as long as it takes. The aim is to find peace. Until we do, our choices and timings of the past will continue to trip us.

The meaningfulness, soulfulness and rawness of such reexamination and reconciliation makes me willing and worth it to take such travels. Tennessee Williams urges us on, "Make voyages. Attempt them. There is nothing else."