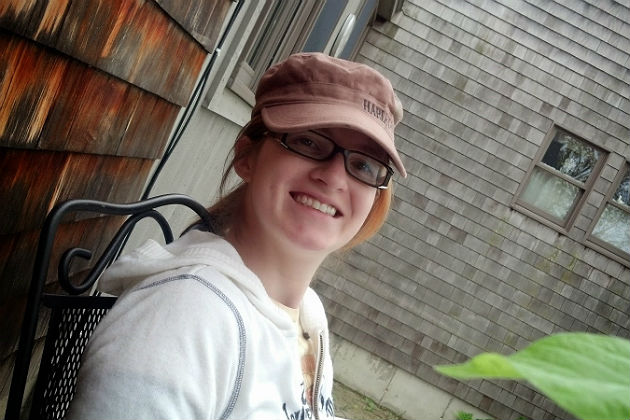 Allie Knight is a young woman who is confident in everything she tackles. Her demeanor is refreshing and contagious. She loves to cite positive words that encourage and does not use words that could offend others. When she is facing a challenge, she tackles it head on. If a problem seems overwhelming, she overruns it.

Knight is a professional truck driver. You can find her every day on her rapidly growing YouTube channel, simply called Allie Knight. Her continued travels bring the viewer up close and personal to the exciting world of over-the-road trucking.

Knight's popularity on YouTube was the catalyst for a decisive win in the Women In Trucking Association's "I Heart Trucking" contest. Knight's short video describing why she loved trucking was a clear "people's choice" winner. Part of the prize package sent her to this year's Great American Trucking Show in Dallas.

I contacted Knight and asked her if I could write her story. It was imperative for me to understand what her motives were. As a subscriber to her channel, I noticed a buzz in the YouTube air. I listened in carefully, and I also read the comments of her fans. I noticed they were always genuine in nature, curious about how her job works, or looking forward to driving a truck one day. It's mainly just a good-natured crowd of fans wishing her all the best.

Her positive and outgoing personality is what made me stand up and take notice. Why? Anything positive in the trucking industry needs to have a spotlight put on it, and YouTube is there to showcase it. Normally no one sees what a trucker actually does or who is driving these trucks.

Knight would be the first to say that the spotlight is not on her but on how the majority of long-haul truckers are no different in the appreciation and love they have for this unique and fun job. So thank you, Allie Knight, for letting people understand the life of a trucker. 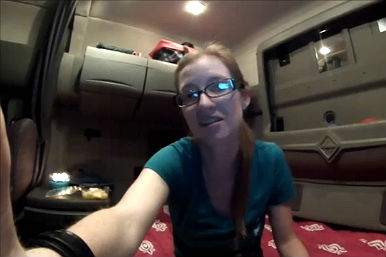 You will notice right away that Knight's skills are impressive, far advanced for only having around six months of experience. And if she is not certain about something — especially mechanical in nature — she will not try and guess, but rather take the problem to Reggie. Often times they arrive at the right conclusion.

Sometimes Tom will rudely raise his voice and try to interject his opinion about something. Since Knight is the captain of her ship and will not have him usurp her authority, she will quickly shut him down.

I suppose I should introduce Reggie and Tom at this point. Reggie is Knight's mode of transportation — yes, she refers to her Freightliner as Reggie or Reginald — and Tom would be the GPS. It certainly makes for an interesting dialogue.

The YouTube show is ultimately designed for those who are interested in coming into this exciting world of trucking. Knight's refreshing attitude when it comes to others that surround her job — like her employer, dispatcher and the shippers and receivers — is an example for all truck drivers in this country to take notice.

Knight invites you to climb aboard and ride along with her on the open road. From the rising sun on the East Coast, to a setting sun out west and all points in between. She will share the experience of what it's like to wake up early in the morning, step out to view a rising sun that quickly envelops and overtakes the rich landscape with colors that are just out of this world. She loves to share these inspirational moments, which carries her along for a more positive day.

Why is Knight's story important?

Knight's visibility gives the general public a better view to what a trucker's life can really be like. This is important for the public to see because they often have a negative view of a trucker's life.

Media reports have been egregious in their coverage lately. The industry has been pummeled with issues or stories that have given the public the impression that most truck drivers are irresponsible, or that many are driving fatigued. The public assumes any accident involving a truck driver is automatically the fault of the truck driver without considering the evidence.

Knight's story is also important for those women who want to come into the trucking industry and do the same thing she is doing. Jobs are plentiful. The industry is actively seeking qualified women, encouraging them to apply.

Good trucking jobs are waiting for women, if they choose.

Matt Chase began his driving career in 1991, shortly after being married. He now has over 2 million proven miles and 22 safe years behind the wheel of many types of equipment, trucks and freight. For 18 years, Matt drove tankers, hauling hazardous materials and flammables throughout California, Arizona and Nevada.