Just an innocent photo or an inflated sense of ‘selfie’? 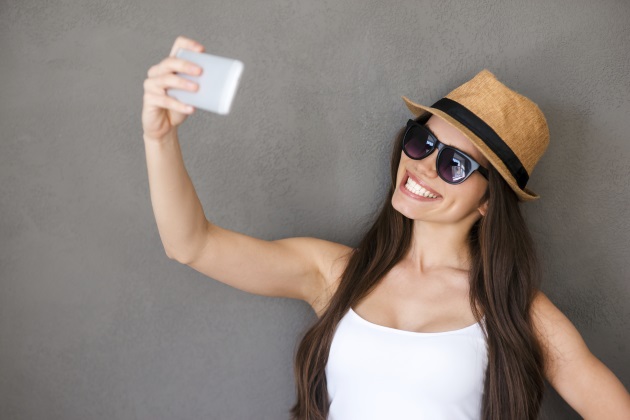 What on the surface may seem like a simple self-portrait might actually clue others in on your personal relationships, psychologists say. According to a recent study published in the journal Cyberpsychology, Behavior, and Social Networking, posting too many "selfies" on social media might actually lead to issues with your romantic partner.

Researchers from Florida State University conducted an online survey of 420 users of the social media site Instagram. The users were aged 18 to 62. The investigators found those who believed themselves to be attractive were more likely to post more frequently; but on the flip side, also found they experienced greater conflict with their romantic partners.

Naturally, when their social status was approved via virtual likes, their confidence grew. And, of course, when it wasn’t receiving virtual endorsement, their self-esteem took a hit as well. The virtual exchanges were then found to flow into their relationship behavior, creating drama and ensuing jealousy that originated through the self-portrait.

The research really doesn’t come as a surprise to many, considering prior research has established taking selfies reveals a lot about your personal behavior. In a recent Ohio State University study, men who posted more photos of themselves online scored higher in measures of narcissism and psychopathy.

And not only are the narcissistic scores higher, your friends hate on them, too. Research from the U.K., printed in TIME magazine, reveals that posting too many photos of yourself on Facebook is related to a decreased sense of intimacy by people in your network. Translation: Those who constantly share photos generally tend to have more shallow relationships, according to the research.

Aside from the negative buzz, selfies remain one of the most popular ways to share on social media sites. According to an article on Phandroid, 93 million selfies are taken a day. In fact, a recent survey conducted by Luster Premium White, a teeth whitening brand, calculated a millennial could take up to 25,700 selfies in his/her lifetime. Move over baby books — check out the album of 950 ways to duckface.

So, does that mean there are millions of self-obsessed, narcissistic, shallow people in bad relationships roaming and occupying the world? Not so fast — say researchers. Although the research points to a lethal combination for relationships, it’s unclear whether excessive selfie-taking is the direct cause of the issues, or if it's just a symptom associated with the takers' personality propensities.

It appears intent is in the eye of photographer, but what is interpreted is up to the masses. It really depends on what page of whose book you will be taking a note from. The Kim Kardashian types have no shame in the selfie game — but that is only one side of the camera.