It pays to be a loyal customer 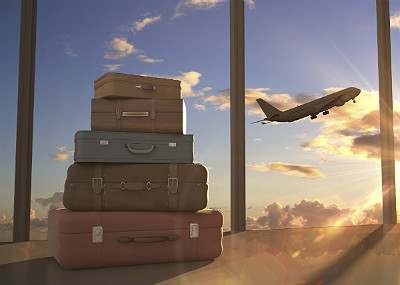 Businesses want consumers' loyalty because repeat customers — compared to those who are not attached to a brand — tend to spend more when their lifetime value is calculated. Even in a single sales transaction, loyal customers are less price sensitive.

Accordingly, companies establish a variety of loyalty programs to encourage repeat purchase from customers. A good case in point is some travelers who do mileage runs at the end of the year, where they would pay for a long-haul flight operated by their loyal airline for the sake earning enough miles to reach an elite status in the airline's frequent flyer program.

Why would people spend more just to become an elite loyal customer? Is it worth the money and effort?

If a person travels often or plans to take a few long-haul flights next year, then s/he should probably get an elite status in a frequent traveler program. It pays to become an elite loyal customer. Here is a good example from my own travel experience.

I was traveling in Japan during Christmas. I booked a round-trip ticket between Tokyo and Sapporo with Vanilla Air, a budget airline in Japan. Then, I had a return ticket from Tokyo to Los Angeles with United Airlines. I was a first-time customer of Vanilla Air with no membership, but I hold a premier gold membership of United.

During my visit in Japan, I had experienced some scheduling issues with both airlines, but I had found it much easier to travel with United as a premier gold member than flying with Vanilla Air as "just another customer" (it was also likely because Vanilla is a low-cost carrier).

My flight from Sapporo to Tokyo with Vanilla Air was scheduled for Dec. 24, but it happened that Sapporo received the heaviest snow in the city's 50-year record on Dec. 23. The terrible weather conditions had seriously affected all means of transportation, and many flights were canceled.

By the time I took a train from downtown Sapporo to the city's New Chitose Airport on Dec. 24, the weather had been cleared for more than 24 hours. But about three hours before the scheduled departure time, I got an email notification from Vanilla Air, informing me that the flight had been canceled.

I tried a few times to call Vanilla Air's customer service, but no one answered any phone calls. The only feasible option for me was to cancel the flight and find my own way back to Tokyo.

Later, I was on my way to Narita Airport on Dec. 26 for my flight from Tokyo to L.A. I got an update about the flight status on my United app (sent about four hours before the anticipated departure time), stating that my flight was expected to be delayed for more than four hours. I had the options to rebook a ticket with no additional cost or to wait for the delayed flight.

When I tried to rebook the ticket, I was allowed to use alternative airports (e.g., leaving from either Narita or Haneda in Tokyo and arriving at airports in Ontario or Orange County, in additional to LAX). Furthermore, I was able to choose all the available flights from Tokyo to L.A., including nonstop options and those flights connected in San Francisco, Denver, Honolulu, Guam, etc.

The process was simple. I was able to rebook another flight with a few clicks.

Being a premier gold member of United, I can also enjoy the following perks:

Many of those perks are not cheap if we have to pay with cash, but they make travel a lot easier. In fact, as a traveler's elite status moves up, s/he can enjoy even more and better perks. Now, the question is how to become an elite member of a frequent traveler program?

There are many frequent traveler programs available even though it has become more difficult for travelers to earn points or miles from those programs. The key is to choose the brand that we have easy access and stick to it, including: