Is nursing really for everyone? 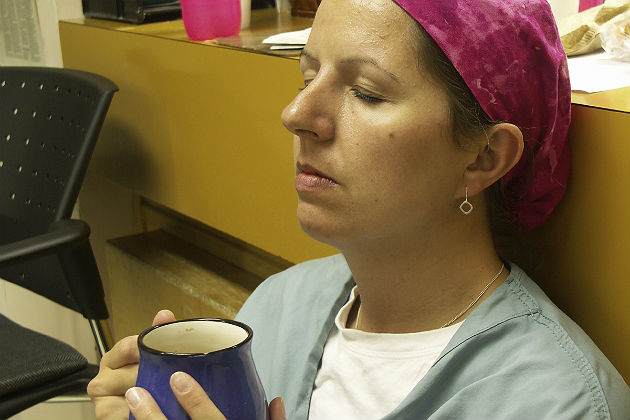 Last week, nursing student Jennifer Burbella filed a lawsuit against Misericordia University after failing a required class for the second time. The lawsuit claims she suffered from severe anxiety, depression and poor concentration and was not given appropriate accommodations during her final exam.

According to reports, Burbella was given the accommodations of a distraction-free environment and was allowed more time to complete her exam. Her instructor also offered to be available via phone, although not required for her accommodations.

Unfortunately, Burbella was unable to reach her instructor during the exam, creating an even more stressful environment that caused her to break down and cry during the exam. Ultimately, she did not receive the required grade to pass the class and graduate with her nursing degree. The suit alleges that since she was treated differently from the other disabled student, the school should be liable for unspecified damages that exceed $75,000.

This story has created a firestorm of opinions on most online nursing forums and even public news outlets. But most seem to come back to the same questions — Is nursing really for everyone? Just because someone "wants" to be a nurse, is he/she really cut out for the occupation?

This could be asked of any profession but when dealing with human lives, the question needs to be seriously considered. The decisions nurses make on a daily basis have significant impacts, and their training and licensing should not be taken lightly.

Most who work in healthcare would agree that nursing is a dynamic and challenging arena. Little is predictable, and stress is more common than tranquility. Nursing schools not only tests the students' knowledge, but also their ability to manage and function in a dynamic and stress-filled environment, while being able to think critically. Again, it is not for everyone, and nursing school is often when that discovery is made.

Not all nurses work in a high-stress environment like the hospital, but the likelihood is considerably high, especially in seeking out experience in the nursing field. But what becomes more important is recognizing healthy choices for a person who suffers from high anxiety, depression and poor concentration. The key is to have good self-care and find ways to manage the stress that may trigger or amplify the symptoms that would be encountered in nursing.

Knowing one's limitations is the beginning of the road to fulfillment in one's career and life. For example, a neurosurgeon who develops a Parkinson's tremor would need to recognize that continuing to do surgery is not an option. We have to sometimes accept our limitations and find success within them.

According to the Americans with Disabilities Act (ADA), people with disabilities are entitled to receive "reasonable accommodations" that will ensure they can perform the essential functions of the job or education program. This is where the question will be tested.

Considering tests are not always proctored by the instructor, often an assistant or graduate student, is it "reasonable" to have the instructor available by phone? It appears the courts will have to answer this question.

Another pressing question remains — Is Burbella simply not a successful student? Often nursing students are not prepared for the amount of work they will have to put in to their learning process. The type of testing is different from what is previously encountered, and the information begins to build.

As the students enter into their senior year, the concepts become more complex. If they struggled previously, they will begin to struggle exponentially. This may be the case with Burbella as this was one of her last classes she needed for graduation. Again, the courts will have to answer this question.

Is nursing for everyone? No, and most people realize that eventually. It takes a certain person to care for those in need, to think critically and holistically through patient problems and give of themselves daily — not to mention some blood, guts, screaming doctors and a bit of stress.

However, for those who are called and can survive, the rewards far outweigh the stress most days.