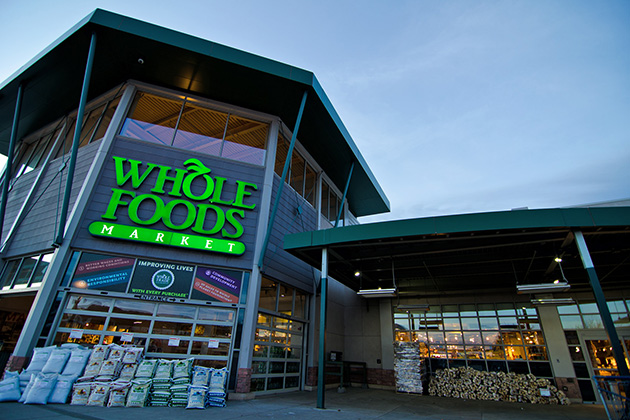 Amazon Restaurants, a food delivery app like UberEats, will officially close on June 24. Amazon entered the restaurant delivery business in Seattle in 2015, but it has been struggling to compete with UberEats, Grubhub, Postmates, and DoorDash — the four dominant players in the sector that control 93% of market share.

The closure of Amazon Restaurants will allow the company to focus on grocery delivery. Since Amazon purchased Whole Foods in 2017, several changes have already been observed in the high-end grocery store chain.

For example, Amazon has begun tacking the challenge of fresh food delivery for Whole Foods, another area in which almost every grocery or retail store is trying to compete, including Walmart, which is getting ready to deliver groceries from local stores directly to customers’ refrigerators at home.

The restaurant delivery business is too big to be ignored

Today, consumers want to order almost everything online and expect their orders to be delivered right to doors quickly and inexpensively. Restaurants and grocery stores are trying hard to meet consumers’ expectations.

Among the four dominant players in the U.S. food delivery service industry, for example, UberEats offers services in 500 cities in the U.S. The number for Grubhub and Postmates reaches 2,000 cities and 3,500 cities, respectively.

DoorDash, now at a value of $12.6 billion, leads in sales in five of the 10 largest metropolitan areas in the U.S., including San Francisco, Washington D.C., San Antonio, Dallas-Fort Worth, and San Diego. Grubhub takes the lead in New York, Chicago, and Boston.

Also, restaurant chains such as McDonald’s have introduced McDelivery with UberEats at over 5,000 U.S. restaurants. Chili’s Grill & Bar is partnering with DoorDash, allowing the chain to offer delivery service in over 1,000 out of its 1,248 restaurants in the U.S.

Other partnerships include: UberEats with Starbucks; DoorDash with Chipotle, Chick-Fil-A, The Cheesecake Factory, and Papa Johns; Postmates with Popeyes; and Grubhub with Yum Brands, owner of Taco Bell and KFC.

Amazon is not entirely giving up the restaurant delivery business yet

The ending of Amazon Restaurants, however, does not mean the company wants to exit the food delivery business for good. Last month, Amazon booked a $575 million investment in Deliveroo, a rival of UberEats in London. So far, Deliveroo has raised $1.53 billion since its debut in 2013, covering such additional international markets like Hong Kong, Australia, France, and Kuwait.

The business insights that Amazon will get from Deliveroo are expected to help the company prepare for a strong comeback in the future, even though its restaurant delivery service is coming to an end for now. Amazon can quickly get back to the restaurant delivery business through acquisitions.

Meanwhile, let’s not forget the fact that Amazon aims to improve the grocery delivery service for Whole Foods even though little progress has been reported.

This comes at a time when more supermarkets, like Whole Foods, are expanding their offerings in restaurant service and grab-and-go options. If Amazon can figure out an efficient way to deliver fresh food for grocery stores when most restaurants and grocers are still struggling with it, the company will find it easier to get back to the restaurant delivery business again.

So, what do you think of Amazon’s ending its restaurant delivery service? Does Amazon still want a piece of the business but will wait for the right time?