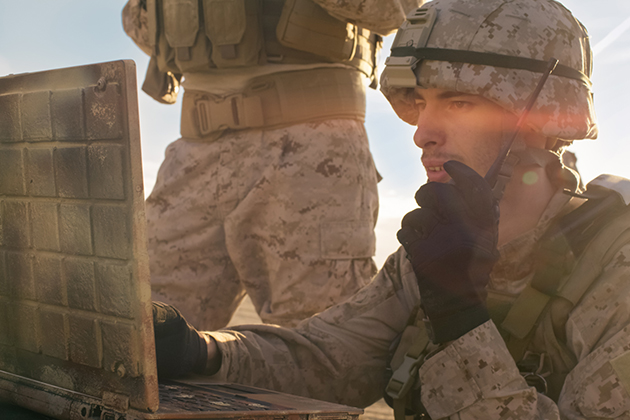 The U.S. military will likely continue to be an all-volunteer one.

As the United States and Iran square off on the world stage, news sites and social media alike are lit up over the possibility of further escalation between the two countries.

Perhaps no site experienced as much of a traffic surge as the online home of the Selective Service System (SSS), the executive agency in charge of providing manpower to the U.S. military in the event of a new draft.

In the days following the American missile strike that killed Iranian commander Qassem Soleimani, the Selective Service site actually crashed under the deluge of web traffic from young men curious — and maybe fearful — about the possibility of mandatory service, even as troops in the region were diverted from other exercises to bolster the U.S. presence in Iraq and Iran. Further, Google Trends shows a spike in searches for “military draft,” the first notable increase in 15 years.

While warfighting has changed over the centuries with new technologies, military conscription in the U.S. is older than the U.S. itself, with Gen. George Washington looking to the separate state militias to fill out the ranks of the Continental Army against the British. That history runs through all of our major wars, including the Civil War, both World Wars, and finally Korea and Vietnam, when widespread protest spurred lawmakers to reconsider the idea of compulsory military service.

Since then, the United States has kept an all-volunteer military, though young men are still required to register if they don’t want to lose access to student aid, federal job training, and — in some cases — citizenship.

Thanks to the Vietnam-era protests, a modern draft would play out quite a bit differently compared to those in the past. While conscription is still based on a lottery system, the bar for deferments is higher, and the process is claimed to be less favorable for the wealthy.

For one thing, students enrolled in undergraduate programs are permitted only to finish their current semester before heading off to training; that’s compared to the deferments granted to many young college men during the Vietnam War. In addition, the draft boards tasked with assigning draftees have been rebuilt to better represent the makeup of their communities. Both of these changes were put in place to ensure a modern draft would be more equitable than those in the past.

Having said that, what are the odds of a return to the draft should World War III break out?

Despite our military’s ongoing recruitment struggles, it’s extremely unlikely that anyone will be forced into service anytime soon. At the moment, our all-volunteer forces are still well-equipped and capable of defending the nation’s interests against most foes. And as warfighting technology continues to evolve, the focus has trended more toward AI and autonomous tech, keeping flesh-and-blood troops out of harm’s way.

It’s also worth keeping in mind that a draft requires an act of Congress to kick off, a tricky proposition in the best of times and a near impossibility in today’s divided Washington. While a large-scale conflict — a direct confrontation with Russia or China, for instance — may spur lawmakers to act, diplomats have spent more than half a century working to avoid such an event (and have largely been successful).

In response to the increased web traffic on its site, the SSS tweeted that it is “conducting business as usual” despite the “spread of misinformation,” so it looks like America’s military and civilian populations can both rest a little easier knowing that the country is being protected by those who are serving voluntarily. At the very least, we can give their web servers a break.