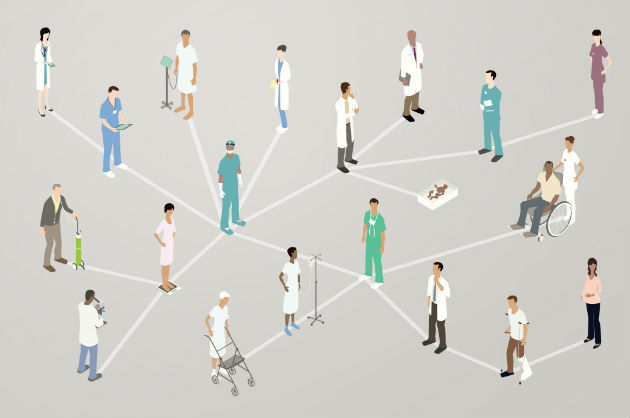 According to a new report by SoftwareAdvice, patient consumers are acutely aware of health information exchange and interoperability, and of whether their physicians are connected and able to share data freely across the healthcare spectrum to provide the best in care.

For example, when asked how their medical records are shared among multiple providers, only 39 percent of patients say providers directly exchange records, while 25 percent must deliver a paper copy to the other provider themselves. However, among patients who are uncomfortable with the electronic sharing of their medical records, the greatest percentage (50 percent) are primarily concerned about potential privacy violations.

That said, more patients (46 percent) report wanting their doctors to directly exchange the records, and fewer (21 percent) favor in-person delivery. According to SoftwareAdvice, these findings suggest that while a significant amount of patients want their data directly exchanged between providers, it's not happening as often as they'd like.

At this point, the biggest hindrance to that exchange of information is a lack of interoperability between disparate technology systems.

"Since electronic charting is already prevalent, the real problem preventing direct data exchanges between providers is that many EHR systems are unable to interface — that is, the systems can't 'talk' to each other, let alone exchange patient information in an efficient way," the report writers suggest.

Factors explaining why establishing interoperability has been such a challenge include:

The Healthcare Information and Management Systems Society recently introduced interoperability testing and certification for EHRs, HIEs and HISPs called ConCert by HIMSS. To be certified, a product must prove it can exchange health information using standard-based implementation guides that make the product capable of supporting communication between systems.

The hope is that it may alleviate some of the tangles of vendor systems not connecting or easily connecting to others.

However, when asked if they know whether their state currently operates a HIE, nearly 75 percent said they did not know.

"This is rather disheartening: Many patients are comfortable with their data being made accessible through a HIE, but don't realize they might already be able to participate in one," the report writers concluded.

Interoperability will likely remain a key topic in health IT literature, conferences and congressional committees for years to come. However, patients are largely ready to accept, and even embrace, interoperability initiatives when it comes to their medical records.

"This stems from dissatisfaction with patients' current methods of sharing health data among authorized providers: A greater percentage of people would rather have providers exchange their records directly than transport paper copies around town themselves," the report states.

They also see value in interoperability. Enough said. In the stage of consumer-driven healthcare, this one fact is all that really matters.

The sample for this survey largely consists of patients who have seen two or more healthcare providers simultaneously within the last two years — either because one provider (e.g., their primary care physician) referred them to a specialist, or because the patient wanted a second opinion.