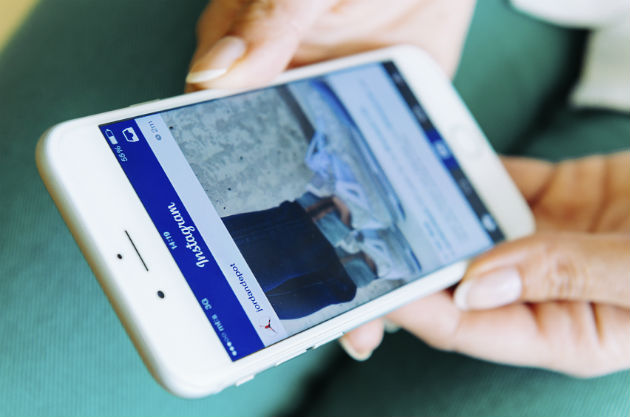 As your Instagram audience continues to grow, you'll likely encounter a problem you may not have considered: an influx of hateful remarks or comment spam.

In addition to the annoying-but-harmless spammers, your account may begin to generate hateful, abusive messages. That's when it gets scary.

For instance, just a few weeks ago, Leslie Jones, a leading star in the new Ghostbusters remake, was bombarded with sexist and racist tweets. As a result, she temporarily left Twitter on July 18.

I feel like I'm in a personal hell. I didn't do anything to deserve this. It's just too much. It shouldn't be like this. So hurt right now.

I leave Twitter tonight with tears and a very sad heart.All this cause I did a movie.You can hate the movie but the shit I got today...wrong

Twitter took action and began removing several accounts that were continually attacking Jones and others.

Officially, a Twitter spokesperson responded and said, "We've seen an uptick in the number of accounts violating these policies and have taken enforcement actions against these accounts, ranging from warnings that also require the deletion of tweets violating our policies to permanent suspension."

Twitter's practice of permanently banning users has prompted a discussion on whether this infringes on free speech. Either way, it's apparent harassment and unwanted comments need to be handled better on social media.

Now, Instagram is debuting their own tool to solve this problem, which looks very different from Twitter's approach.

Users on Instagram can now begin filtering comments on their account. You can select specific keywords, phrases or even emojis to block. Then, when a commenter uses a blocked word, their comment is hidden. Or you can decide to hide all comments on specific posts.

Kylie Jenner has already begun to use this new tool and has blocked all phrases and comments asking for "like backs." It's also rumored that Taylor Swift used this tool to hide comments following her scandal with Kayne West and Kim Kardashian-West.

By testing this feature with their most popular accounts, Instagram is hoping to quickly collect feedback and determine if this feature has more potential.

The rollout to all accounts

Instagram's public policy head said, "As we learn, we look forward to improving the comment experience for our broader community."

In other words, if celebrities like this feature, it — or a similar version — will likely be rolled out to all accounts in the coming months.

By allowing users to personally decide what types of language and comments they want to hide, the platform gives users the tools to keep themselves safe and free from harassment. Because of this user-centric approach, Instagram has avoided the free-speech controversy Twitter encountered.

Businesses along with high-profile individuals are excited by this tool. They feel it allows them to take back their profiles and create a space made that abides by their personal standards.

Using this tool would allow businesses to focus on the comments that truly matter to them and block out much of the noise. What do you think? Would you use Instagram's comment filtering?