Insects are dying out. That’s a very bad thing 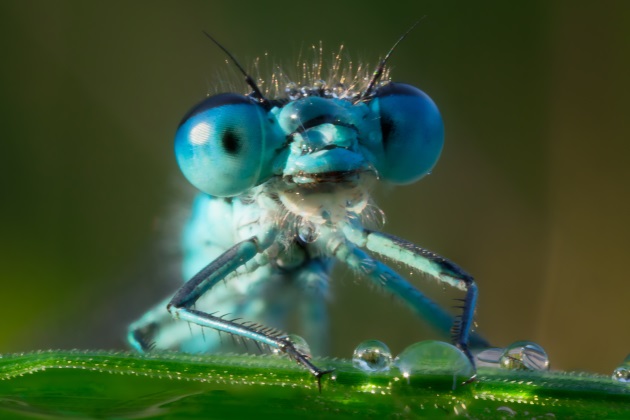 Insects, like them or not, are in trouble around the world. This is the word from a few small, long-term studies that are showing significant declines in invertebrate populations.

Why is this significant? For several reasons, but specifically, the loss of insects and arthropods could hamper rainforests' food webs, causing plant species to go extinct without pollinators.

In 2014, a team of biologists estimated that in the past 35 years, the abundance of invertebrates, such as beetles and bees, decreased by as much as 45 percent. Where data is available, insect numbers are plummeting.

Another study last year showed a 76 percent decrease in flying insects in the past few decades in German nature preserves, The Washington Post reported.

The latest report, published in the Proceedings of the National Academy of Sciences, shows that the problem extends to the Americas.

"If the tropical forests go it will be yet another catastrophic failure of the whole Earth system that will feed back on human beings in an almost unimaginable way," said Brian Lister, a biologist at Rensselaer Polytechnic Institute in New York. Lister has studied rain forest insects in Puerto Rico since the 1970s.

"This study … is a real wake-up call — a clarion call — that the phenomenon could be much, much bigger, and across many more ecosystems," said David Wagner, an expert in invertebrate conservation at the University of Connecticut who was not involved with this research. He added: "This is one of the most disturbing articles I have ever read."

In the late 1970s, Lister set about measuring the resources, including the insects and the insectivores in the rainforest, and the birds, the frogs, the lizards. He came back about 40 years later and what he did not see was troubling. Lister said there were fewer birds overhead and the butterflies had vanished.

Tests have showed that biomass (the dry weight of all the captured invertebrates) had significantly decreased from 1976 to the present day of the insects found; falling more than 60 times in that span. The most common invertebrates in the rainforest — the moths, butterflies, grasshoppers and spiders — are all far less abundant.

Apparently, this is consistent with separate studies from Europe. Insect-eating frogs and birds are way down, too. The drop in numbers, though, are not falling for seed-feeding birds.

A separate analysis — on apparent climate change and insects — published in Science, suggests that decreases in tropical insect populations are going to continue, said Scott Merrill, from the University of Vermont. Merrill points out another facet to this problem.

In temperate regions farther from the equator, where insects can survive a wider range of temperatures, agricultural pests will devour more food as their metabolism increases, but after a certain "thermal threshold," insects no longer lay eggs, and their internal chemistry breaks down.

Some scientists say vanishing flying insects may be because of pesticides and habitat loss. Droughts and lack of rainfall may be another reason for the insect declines.

Why does this matter to those of us in the industrialized worlds? The death of insects can mean diminished crops and food. Thirty-five percent of the world's plant crops requires pollination by bees, wasps and other animals; arthropods are more than just pollinators.

They also clean up our environment and eat rotting wood and carrion. Wild insects provide $57 billion worth of six-legged labor in the United States each year, according to a 2006 estimate, the Post says.