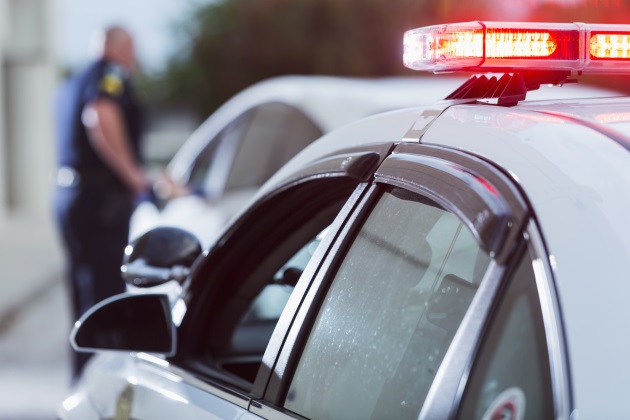 Only last week we reported on the Trump administration's new guidelines for deporting illegal immigrants that have added to fear and panic among undocumented families, and in turn intensified the stress on police departments all over the country. Officers have been quick to allay these fears, saying they are not immigration officers and don't intend to serve as them.

Police departments will cooperate with federal immigration authorities but not at the cost of alienating and unsettling local residents. Officers are afraid that this widens the gap between them and the communities they serve, prevent them from reporting crime and result in making the entire community less safe.

But the latest U.S. Report on Immigration Detention has made it even more difficult for law enforcement agencies to maintain this precarious balance. Not happy with just pursuing and documenting crimes committed by illegal immigrants, federal authorities are also coming down hard on, what they call, recalcitrant local law enforcement departments.

The report released names of several departments across the country that apparently failed to turn illegal immigrants over to federal officials. Reactions were fast and swift, as police officers everywhere vehemently protested the unfair allegations and the misleading information in the report.

There is a huge discrepancy between Immigration and Customs Enforcement (ICE) figures and those of local PDs. ICE officials even went on to say that the lack of cooperation from the local PDs endangers Americans.

This has prompted confusion and defiance from law enforcement officials — and not just from those that have been branded as uncooperative jurisdictions.

New York Commissioner of Immigrant Affairs Nisha Agarwal has pointed out that the facts cited in the report about cities' and counties' policies are incorrect and unfair. She echoed the sentiments of police officers by stating that trust between police and community goes a long way to establishing public safety.

Departments nationwide are now publicly decrying the "shaming list" — as it is being called — which is creating so much chaos, embarrassing the departments and is obviously designed to force them to comply with ICE requests. How will all this impact the day-to-day work of the officers?

Law enforcement personnel across the country have been dealing with immense challenges already. Faced with criticisms — both from the communities they serve and the media — they are refocusing efforts to deal with crises and encounter situations better.

Law enforcement departments are gearing up for advanced crisis training to deal with violent gun crimes, responding to domestic violence or interacting better with people with mental health or substance abuse issues.

Recent political events have heightened racial and ethnic tensions, which has made these interactions even more challenging. Police must, nevertheless, deal with the situations with their limited resources and training. In the wake of the new ICE and DHS announcements, however, they may just need high-level crisis training and fast.

State and local elected officials along with their law enforcement departments will soon be facing a tough choice of how to deal with their greater role in enforcing federal immigration laws. Despite their protests and refusals, if police departments are turned into a "deportation force," they will need training both from the feds for handling immigration issues and from independent agencies to handle extreme stress situations delicately while working with their immigrant communities.

The federal government is justifying all new laws under the guise of fear — a fear of rising violent crimes committed by immigrants — but the officers have to deal with this fear. Then, there is the real and palpable fear within the communities themselves, which has caused the hard-earned trust of police to disappear overnight.