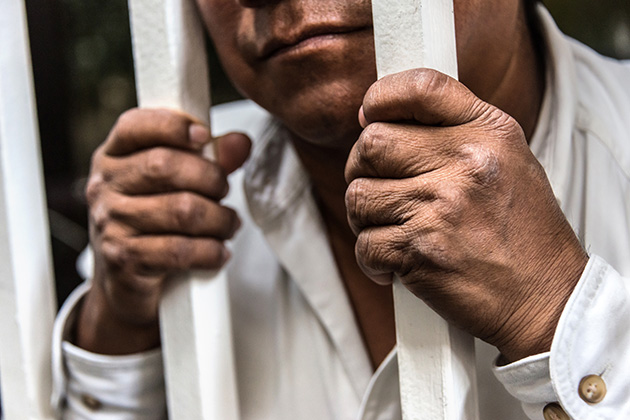 Gore's statement in the San Diego Union-Tribune is not an isolated one, but echoes the sentiments of law enforcement officials across the nation.

As the Department of Homeland Security (DHS) and the Donald Trump administration have rolled out new guidelines for deporting illegal immigrants, fear and worry have been mounting for undocumented families. The administration's announcement that it will be enlisting the help of local law enforcement agencies has furthered heightened the panic.

But the police and other local law enforcement agencies have been quick to allay these fears. As Gore pointed out, the various departments will cooperate with federal immigration authorities, but none will actively go into immigration enforcement duties.

Similar fear has been spreading in Wisconsin when it was announced that the DHS is expanding the "expedited removal" program for undocumented immigrants. As local Hispanic groups step up to liaise between the communities and the police departments, the officers are going all out to appease residents.

Many residents are afraid to step out of the house, so they are not going to work and are not even sending their kids to school. This is a serious turn of events, and officers are meeting more people to reassure them that they are in no danger, at least from the local law enforcement agencies.

Officers nationwide are concerned that fear of deportation will prevent people from reporting any crime or simply evade officers, thereby increasing danger. This is going to be particularly difficult for victims of domestic abuse, and that is not acceptable to any law officer.

The U.S. Immigration and Customs Enforcement (ICE) office has admitted that arresting and holding undocumented immigrants who are not causing trouble would overwhelm their already bursting facilities. There is also the scary thought that it would add to the existing years-long backlog in immigration courts.

Local law enforcement agencies are, therefore, only going to report an undocumented individual if he or she has committed a serious crime, such as a felony. They are encouraging anyone with crimes to report to come forward and not be afraid of police, but it may take time for people to trust law officers again.

There have been several reports of kids going to school only to come home and say their classmates have taunted them about going back to Mexico or Africa. Needless to say, these families are not inclined toward attending school anymore. Many also fear backlash at their workplaces, and the prospect of getting work seems rather dim, too. Employers who hire undocumented workers will now think twice because no one wants to get embroiled in an immigration mess.

Despite their reassurances, local police chiefs and sheriffs are maintaining discretion on how they will cooperate with federal immigration authorities. While they have stressed focusing on serious or violent offenders, they may have to bend to ICE and DHS rules at some point.

In states like California, a bill to curb local-federal interaction on law enforcement has been introduced. This would seriously limit the notification from local jails to federal agents about undocumented detainees, and will pertain mostly to matter of public safety.

Then, there are officers like Daniel Segura, a Fort Worth police officer whose video message soothing undocumented residents that they're not in danger has gone viral. The six-minute video that was shot inside his patrol car assures residents that FWPD officers are not governed by federal regulations to execute or exercise immigration laws.

Though the city said he does not speak for them, the video — which garnered 1.5 million views and 32,000 shares on Facebook — is widely being considered a PSA.

Fellow officers agree that the immigration crackdown will have a corrosive effect on community policing and undermine public trust for officers. The video has not only received overwhelming approval from viewers but has also gone a long way to soothe the anxiety of communities living in the shadows of fear.