Imagining how hotels and restaurants are run in smart cities 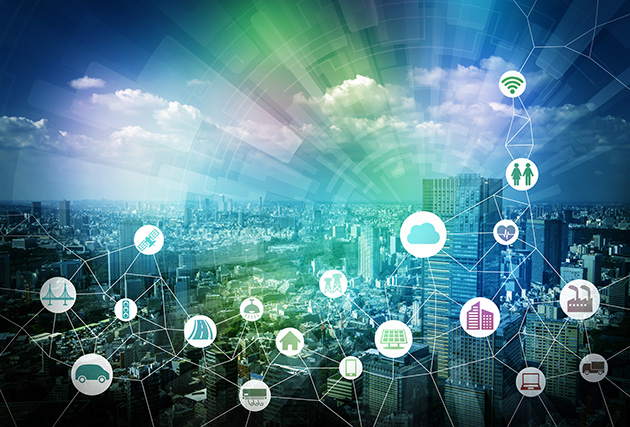 We have seen more robots and machines are replacing humans in the service sector. This trend is irreversible, but the good news is there are ways to cope with such changes at work.

What if these changes also take place in the macro level? Then, what can businesses do to embrace this wave of innovations?

Indeed, the cities where we live have also become "smarter" than ever. According to The Wall Street Journal, more cities are now using different types of data to make people's living safer and healthier and the cities' operations more efficient.

The rise of smart cities

The city works with Waze, a navigation app from Google, to improve traffic conditions. Officials are able to respond to traffic problems, such as a double-parked truck or a fender-bender more quickly.

The Department of Innovation and Technology developed an algorithm to predict the risk of a restaurant for spreading food-borne illnesses. The algorithm uses 11 variables in prediction, including a restaurant's past record of violations, length of operations, the weather condition, nearby burglaries, etc.

The data was used to inform the Department of Public Health for restaurant health inspections. The results? Since the program's initiation in 2015, it takes seven fewer days before inspectors visit restaurants with possible critical violations; 15 percent more critical violations are also reported.

The city installed computer-equipped sensors along the light-rail line in downtown. The sensors collect data about traffic and available parking, which can be accessible on a public website.

In addition, the sensors also count foot traffic, which can be used by entrepreneurs in locating good spots for a small retail business. The city also uses the foot-traffic data for clean-up crews at big events, such as the 2015 World Series parade.

Mobile data is used to help clean up the city's 22,000 miles of streets and alleyways. The city uses video and smartphones to collect data about illegal dumping, abandoned bulky items and other trash problems. The streets are labeled with three categories: being clean, somewhat clean and not clean. This program has resulted in an 80 percent reduction in the number of streets categorized as "not clean."

The city provided 1,000 sensor-equipped inhalers to asthma sufferers (to collect data). The data was used to monitor the air quality of different areas inside the city.

It was once reported that inhalers were used three times more near a congested road than in other areas. Then, the city planted a belt of trees to separate the road from the residential neighborhood, resulting in 60 percent reduction in breathing problems.

The city of New Orleans put three data sets together to help prevent deaths in fires, including:

With the aid of machine-learning technique, the city analyzed the data and identified the blocks where fire deaths were most likely to occur. Then, the fire department was able to target high-risk neighborhoods when distributing smoke detectors. Since early 2015, the department has installed 18,000 smoke detectors, as compared to installing 800 detectors per year under the old program.

How effective is it? A few months after the program began, three families (11 people in total) were alerted by the recently installed smoke detectors about a fire, and the firefighters were able to quickly respond to the incident.

How restaurants and hotels can be run inside a smart city

Now, imagine you are starting a new business in a smart city. What do you see?