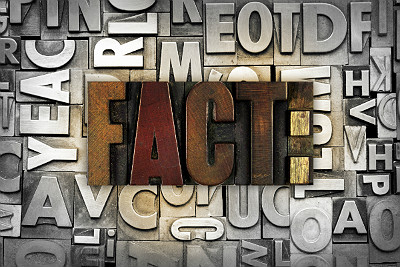 As with any major change, the rumor mill churns at a mighty pace. With all the hearsay, telephone games and disbursement of misinformation, it's easy for the myths to swallow the truth.

No worries, though. We're here to sort the fact from the fiction when it comes to the latest information on ICD-10.

Fiction: Coders will spend an overwhelming amount of time dealing with external cause codes.

Fact: From being struck by an orca to getting injured while crocheting, Chapter 20 of the ICD-10-CM Manual, External Causes of Morbidity (V00-Y99) features a wealth of hyperdetailed, arguably bizarre codes. As a result, people fear coders will spend a boatload of time coding for external causes.

But that's not the case. As Just Coding explains, "unless coders are already reporting external causes in ICD-9-CM (E000-E999), they are unlikely to have to start using them ... This is because the use of external cause codes is voluntary unless required by a payer or state reporting mandate."

Fact: Fox News — and other cable news channels — are known for their right- or left-wing spin. However, we don't expect them to blatantly misinform. Such was the case with ICD-10, though, when Fox News linked the transition to ICD-10 with the Affordable Care Act during a recent broadcast. In reality, as MedPage points out, ICD-10 has nothing to do with "Obamacare." Furthermore, President Barack Obama has nothing to do with any edition of ICD, contrary to certain online sources.

Fiction: There will not be a delay.

Fact: This "fiction" was actually fact until recently. Last Friday, the House of Representatives voice-voted to pass proposal H.R. 4302, which included a one-year delay of ICD-10. On Monday, the Senate passed the bill. (Read the full story here.)

Honestly, no one saw this coming. In fact, everyone — from CMS to HHS — said there was absolutely not going to be a delay. So how did it happen? According to Sharon Canner, senior director of public policy of the Ann Arbor, Mich.-based College of Healthcare Information Management Executives (CHIME), it has a great deal to do with the fact that this is an election year.

Fiction: Everyone has to switch to ICD-10.

As this ICD-10 Watch article explains, "if the noncovered entities don't want to switch to ICD-10 coding, they don't have to and can require healthcare providers to submit medical claims with ICD-9 codes."

However, EHR Intelligence warns that it's in every entity's best interest to make the switch, because "the increased detail and specificity will be just as useful for worker's comp as it is for the emergency department." The article goes on to explain that CMS will work with noncovered entities and state Medicaid programs to help all of them make the transition in a timely fashion.

Fiction: I can directly crosswalk.

Fact: You can certainly perform a keyword search at FindACode.com or use this ICD-9 to ICD-10 conversion tool to find the ICD-10 "equivalent" of an ICD-9 code. Unfortunately, my loose use of the word "equivalent" won't cut it, because ICD-10 is significantly more specific than ICD-9 and often a single ICD-9 code has several ICD-10 correlations.

If you choose the wrong code or fail to code as specifically as possible, you could suffer consequences, like denied reimbursement. To prove this point, Government Health IT offered the following example: "University of Illinois Chicago researchers studied what happened when they applied a Web-based ICD-10 converter to a bunch of ICD-9 codes. They lost information and potential reimbursements."

Converting tools aren't a good bet and neither are general equivalence mappings (GEMs). (To see why, check out this EHR Intelligence article.)

Fact: According to Medicare, "ICD-10-PCS will only be used for facility reporting of hospital inpatient procedures and will not affect the use of CPT."

Fiction: ICD-10 has too many codes for us to effectively use the code set.

Fact: Increasing the number of words in a dictionary doesn't make it harder to use. The same holds true for ICD-10, says CMS. An increase in the number of ICD-10 codes won't significantly affect the complexity of coding. Plus, as a physical, occupational or speech therapist, you'll only use a small subset of those codes.

What other ICD-10 rumors have you heard? Share them in the comments, and we'll validate or debunk them for you.