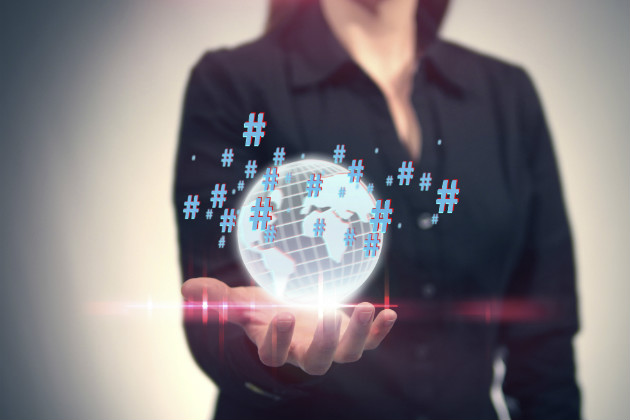 When the word revolution comes to mind some may immediately associate it with a violent overthrow of a government regime. Nowadays, it can also be defined as a movement of changing socioeconomic norms.

What happens when a social media platform becomes a crucial component of that change? Twitter with its 140 characters or less has become the social media voice for ongoing social revolutions worldwide, but how did the platform evolve to that stage?

The Arab Spring of 2011 in recent years has been referred to by some as the "Twitter Revolution" or even the "Facebook Revolution." For the first time, social media played a pivotal role in creating a voice for protestors, which kept them informed in real time of ongoing developments in countries such as Egypt, Syria and Bahrain.

"We used Facebook to schedule the protests, Twitter to coordinate and YouTube to tell the world," said an activist who tweeted about why digital media was so important to political revolutions such as Arab Spring.

As the movements grew, countries tried to retaliate by shutting down the Internet and blocking social media sites such as Twitter and Facebook, but this did not stop the revolutions.

A study conducted by the University of Washington showed that social media played a central role in the Arab Spring, especially Twitter.

"Twitter offers us the clearest evidence of where individuals engaging in democratic conversations were located during the revolutions. Twitter provides a window into the broader world of digital conversations, many of which probably involved cellphones to send text, pictures or voice messages," said Philip Howard, project lead and associate professor in communication at the University of Washington.

Like mainstream media, social media can also report news in a variety of ways. Take, for example, the shooting death of Trayvon Martin on Feb. 26, 2012.

When Martin was killed, Twitter didn't catch onto the story right away. It wasn't until the 911 tape of the shooting was released on March 17, 2012 that it gained traction on Twitter. After the tape's release, the volume of tweets on Twitter doubled overnight.

A study done by the Pew Research Center found that approximately 40 percent of Twitter conversations about Martin focused on justice for the shooting and sympathy for him and his family.

In the Israeli/Gaza conflict, Twitter is seen as a weapon to fight the other side.

The fighting stems from the occupation of Gaza beginning in 1967 to the Israeli withdrawal of troops and settlers in 2005. Israel continues to control much of the Gaza border, while Egypt controls Gaza's southern border.

According to a Wall Street Journal story, Israel has hired a professional staff of public relations people who are trained in social media, and they also created a real-time war zone video center to cover news on the social media side. The Israeli Defense Force's main Twitter account has more than 382,000 followers.

"We have invested a great deal in our social media presence over the last two years," said Peter Lerner, an IDF spokesman and commander of social-media activities.

On the other side of the battle, Hamas uses their own group members to tweet to their more than 88,000 followers. Hamas also uses their social media feeds to report civilian casualties in both Hebrew and English.

The use of hashtags also has played a role in recent weeks in the shooting death of Michael Brown.

On the day that Brown was shot on Aug. 9, 146,000 posts related to his death were tweeted. By the following week, 3.7 million tweets were made in relation to Ferguson, Missouri, where the shooting took place. A Twitter campaign #IfTheyGunnedMeDown soon formed. The campaign protested the way young black men are often portrayed by the media.

"They effectively organized around this hashtag in a short period of time, that if we were talking about traditional civil rights organizations, it might take them 10 days," said Duke University professor Mark Anthony Neal.

This also introduced what many have called "Black Twitter" playing a role in this movement since research has shown that more young African-Americans use Twitter than their Caucasian counterpart. The idea of Black Twitter is not a new concept. It was instrumental in the campaign to get the canceled show "The Game" back on the air.

With its 271 million monthly active users and the 500 million tweets sent per day, Twitter is a tool that's more than just a 140 characters. It has become the voice of revolutions.