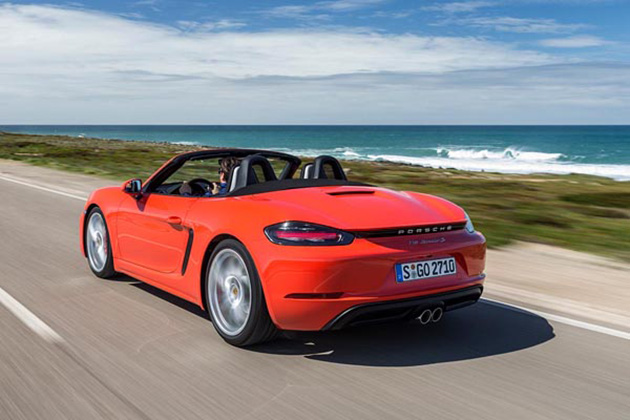 The 718 Boxster S shows how far Porsche has come with its turbocharged engines. (Image: Porsche)

The naturally aspirated flat-six has always had a special place in the hearts of Porsche purists. If the engine is cooled by God's good air, then it is even more heartwarming. The connection between man and machine is just more pure without forced induction.

That being said, turbocharging a vehicle recycles exhaust gas and uses that to help produce more power. This allows for smaller-displacement engines to have equal or better outputs than larger-displacement power plants.

Because of this, turbocharged engines can be more fuel efficient than their naturally-aspirated siblings. With government fuel economy restrictions becoming more strict around the globe, it came as no surprise when it was announced that most 911s, Caymans and Boxsters would use a lower-displacement turbocharged engine.

For many purists, this move was nearly as upsetting as the move away from air-cooled engines. While the output of these cars went up slightly over the outgoing naturally-aspirated models, many worried the soul would be gone from all but the ultra-high-performance Porsche sports cars.

To fully understand what has led to the latest turbocharged Porsches, you have to go all the way back to the late '60s. This is the time period that Porsche started to look into the technology for its racing endeavors.

By 1973, the Porsche 917/30 Can Am car was turbocharged and could produce a whopping 1,580 horsepower from a 5.4-liter engine. The 917/30 used twin-turbochargers to help reduce turbo lag, which would plague many early turbocharged cars.

In 1972, the development of a turbocharged 911 began, and the result was the 1974 911 Turbo Carrera RSR. For 1975, an FIA rule change stated that Group 4 and 5 cars had to be based off production cars. For lovers of fast road-going cars, the news was music to their ears. 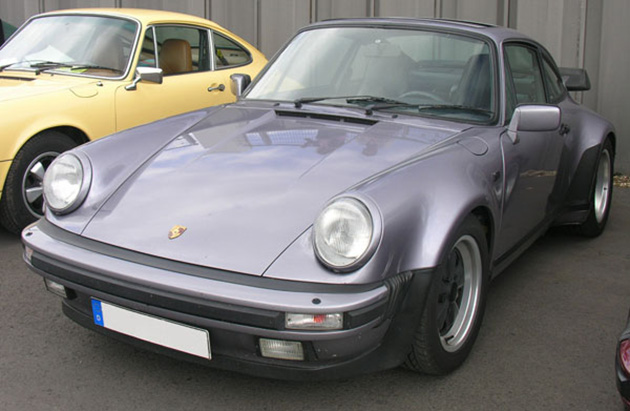 
This resulted in the 1975 Porsche 911 Turbo (aka 930). 400 cars would need to be produced and put up for sale so that the turbocharged car could be approved.

The results were 934 for the Group 4 and the legendary 935 race car for Group 5. On the track, these machines were quite successful and proved that turbocharging cars had plenty of potential in racing applications.

For enthusiasts, the 930 road car was a lot to handle. The turbocharged, 3.0-liter flat-six pumped out 256 horsepower in a fairly lightweight machine. The result was a car that in 1975 could go from 0-60 mph just 5.2 seconds and hit a top speed of 155 mph — at a time when many sports cars took well over 7 seconds to hit 60 mph from a standing start.

To say that the 930 was fast for its time would be an understatement. The only problem was turbo lag, which combined with the 911's rear weight bias, resulted in quite a few 930s ending up in the wreck yard. Because of this, the 911 Turbo got the reputation as a widow maker.

Nonetheless, the car was unbelievably capable in the hands of an experienced driver. For the less-experienced, a good amount of respect was required to really learn the car without landing in a tree.

By 1980, changing emissions standards in the U.S. and Japan force the 930 out of those markets. It did remain in production in Europe, and a gray market for the cars started in the U.S. as enthusiasts tried to get their hands on the fastest 911 that money could buy.

Improvements were constantly made to the 911 Turbo, and by 1984 the 930 had evolved into a 325 horsepower rocket. 0-60 mph came in just 4.6 seconds! Think about that for a second as some other mid-'80s cars struggled to do that in under 10 seconds. The top speed was also 173 mph, which was considered extremely fast at the time. 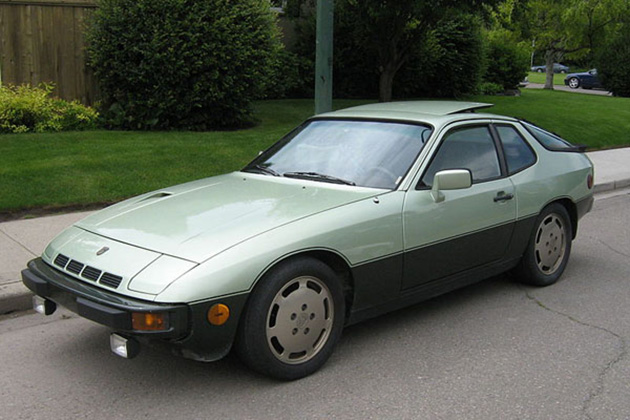 The early 924 Turbos were cooled by oil, which led to some issues and reduced the amount of power available. (Image: Wikimedia Commons).


While the 911 was the first road-going model to get the turbocharged treatment, it wasn't the only car to get forced induction in the '70s and '80s. The Porsche 924, especially in U.S. form, was a good-handling car, but it lacked the straight-line speed that people expected from a car wearing a Porsche badge.

In 1978, naturally aspirated 924s only made 110 horsepower. For the same model year, Porsche took the Audi-sourced inline-four cylinder engine and installed a redesigned cylinder head and then added a KKK K26 turbocharger. The end result was a much more powerful 170 horsepower vehicle that could stay with the 180 horsepower 911 SC of the time.

These early 924 Turbos were cooled by oil, which led to some issues and reduced the amount of power available. Porsche then added an intercooler and a revised body that would closely resemble the upcoming 944, and the result was the 924 Carrera GT.

Thanks to the intercooler, as well as other changes for the Carrera GT, the power output went up to 210 horsepower for the road-going car, with the Carrera GTS bringing this up to 245 horses. The high-performance vehicle would also be available as a track-ready club sport model.

Racing variants of the Carrera GT proved successful with a 375 horsepower GTR managing an overall sixth place finish at the 24 Hours of Le Mans in 1980. While on the surface this doesn't sound so impressive, when this was quite a good finish considering the cars it was up against. 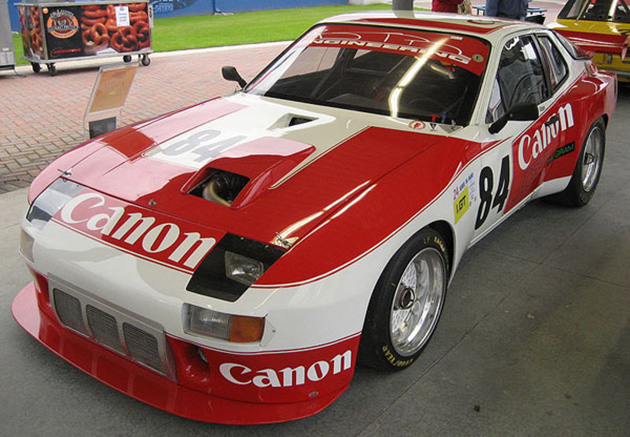 Racing variants of the Carrera GT proved successful with a 375 horsepower GTR managing an overall sixth place finish at the 24 Hours of Le Mans in 1980. (Image: Wikimedia Commons).


Racing versions would take the power output all the way up to 420 horsepower using a Porsche-developed 2.5-liter engine that would appear in the Porsche 944.

For 1983, the base Porsche 944 used a naturally aspirated 2.5-liter inline four-cylinder engine that was developed by Porsche as opposed to the Audi sourced power plant in the 924. The unit offered 150 horsepower in U.S. form, giving it just 20 less than the 924 Turbo.

Performance of the 944 was close to the 924 Turbo, but for the 1985 model year Porsche introduced a car that would make 911 Carrera 3.2 owners need to keep watching their rearview mirror. 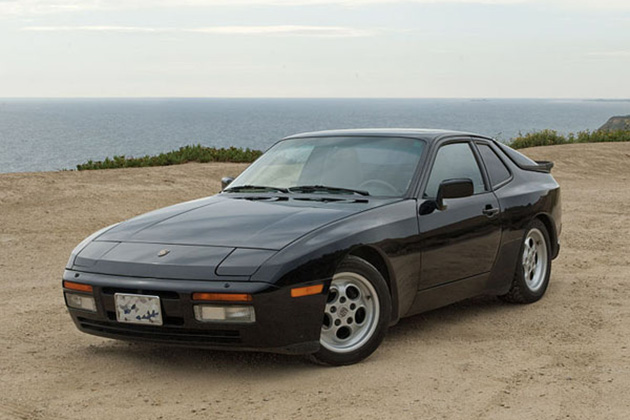 
The 944 Turbo featured a reinforced turbocharged version of the 2.5-liter engine in the standard 944. The 944 used an intercooler just as the Carrera GT did, and once the boost kicked in, the performance was close to or faster than many of the fastest cars in the world.

Replacing the 944 was the short-lived 968, which which didn't offer a turbocharged production model. However, Porsche Motorsport did offer limited-production 968 Turbo S and Turbo RS models. The cars used the same eight-valve head as the 944 Turbo (instead of the 16-valve head used by the naturally aspirated 968) and combined it with the 3.0-liter block as was used in the 944 S2 and 968.

The 968 Turbo RS was the pinnacle of Porsche's inline four-cylinder performance. It pumped out up to 350 horsepower. Where the rare Turbo S was offered in club sport form, the Turbo RS was only offered as a full race car. Only four Porsche 968 Turbo RS cars were ever made, making them extremely rare.

While Porsche took a detour with front-engined sports cars, they didn't lose sight of the cars with their engines behind the driver. Perhaps the greatest and most important turbocharged car ever made by Porsche is the fabled Porsche 959. The 959 came out of Porsche's Motorsport efforts as they developed the car for their Group B Rally efforts.

The 959 used a twin-turbocharged 2.85-liter flat-six power plant based on the 911 power plant. Thanks to the use of two sequential turbochargers, turbo lag was greatly lessened over that of the 911 Turbo of the time.

The 959 used a unique air-and-water-cooled head, and it was the first rear engined-production Porsche to incorporate a form of water cooling. The power output of the road-going supercar was 444 horsepower. Performance was like nothing else of the time and is still faster than all but the fastest sports cars 20 years later. In 1987, the 959 managed a 0-60 mph time of just 3.6 seconds and a top speed of 198 mph.

With its use of water-cooling, sequential turbochargers and its all-wheel drive system, the 959 was a glimpse into the future of the 911. 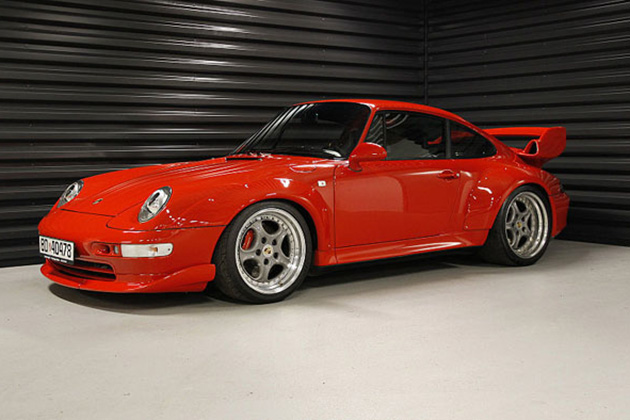 The 993 generation of the 911 is one of the most sought-after cars in the Porsche world, thanks to it being the swan song for the air-cooled power plant. The 993 GT2 represents the best turbocharged air-cooled 911 that money can buy.

This shows just how advanced the 959 was as it was about 15 years later before a high-performance 911 would offer similar specifications. 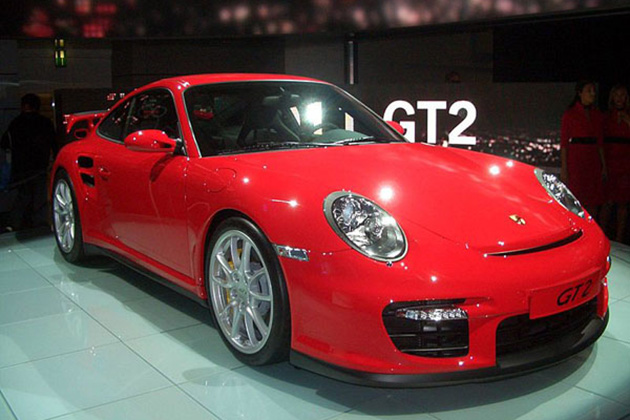 Most recently, the 991 generation Porsche 911 GT2 RS has been announced for the 2018 model year. Displacement has been increased from 3.6 liters to 3.8 liters (and we all know there isn't a replacement for displacement). The new model will pump out 700 horsepower, and a 0-60 mph time of just 2.7 seconds is claimed with a top speed of 210 mph.

In recent years, the 911 Turbo and Turbo S have offered supercar performance, but the latest GT2 RS will blow away just about anything on the road. The 918 Spyder may still hold the record for the fastest production Porsche, but the 991 GT2 RS gets close to hitting the same numbers at a much lower price. 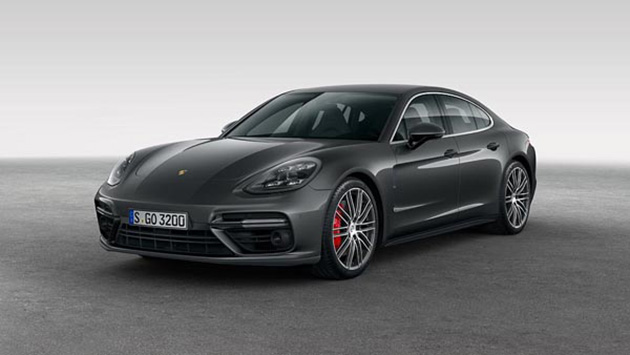 
Porsche has also used turbocharging to improve performance of their four-door models. The Cayenne, Macan and Panamera all offer turbocharged models. The models marked with Turbo badging are usually the fastest models in the lineup. The Panamera Turbo and Cayenne Turbo have made their V8 engines breathe even more fire with the addition of forced induction. The Macan Turbo does the same to its V6.

For the Panamera and Cayenne, the first generations of the S models were powered by a V8, but a turbocharged V6 replaced the V8 in all but the highest-performance models. These changes were the first casualties to more stringent government fuel economy standards.

From behind the wheel of one of these turbocharged machines, the change from a power and feel stand point isn't noticeable. Porsche did an incredible job engineering the systems to where you don’t notice it while driving, even pushing it hard on a track.

All of this brings us to a time when much of the Porsche lineup is powered by a turbocharged engine. Sitting at the bottom of the model lineup is the base Porsche Macan with its 252 horsepower turbocharged four cylinder, and all the way up at the top is the 700 horsepower 911 GT2 RS.

It is clear that the turbocharger has changed Porsche forever. It has both helped with fuel economy and has raised the performance expectations of Porsche cars. People may argue whether naturally aspirated cars are better or not, but there is no mistake that turbocharged Porsches are some of the best ever made. 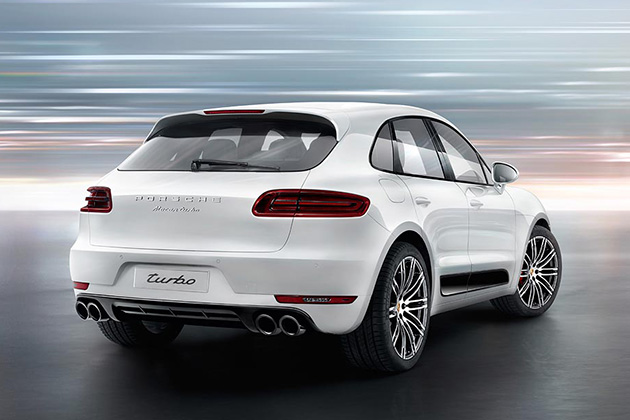 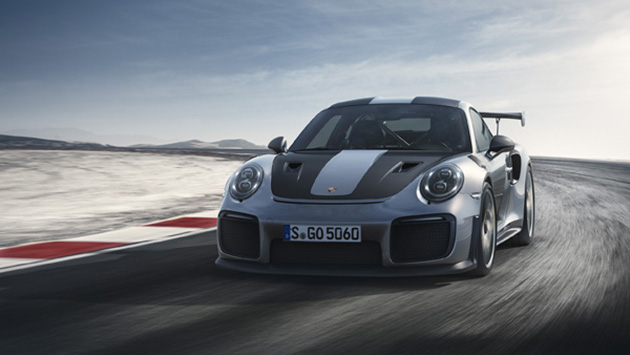 Sitting at the bottom of the model lineup is the base Porsche Macan with its 252 horsepower turbocharged four cylinder, and all the way up at the top is the 700 horsepower 911 GT2 RS. (Images: Porsche).