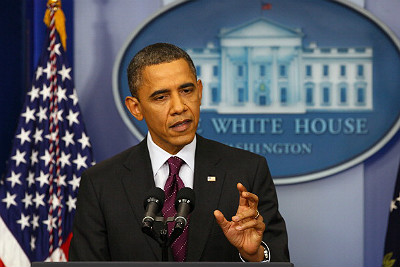 An important change in the American workplace is occurring — and it could affect you and your business. A proposed new rule regarding overtime pay would mean increased paychecks for up to 5 million workers, according to the Obama administration.

A proposed adjustment to the Fair Labor Standards Act (FLSA) — establishing the 40-hour workweek and rules to provide employees with a minimum wage and time and a half of their regular rate pay for working overtime — would raise the salary threshold for overtime. While it has been occasionally raised, the threshold has fallen behind its historic levels since it wasn't regularly adjusted for inflation.

Currently, a salaried employee making less than $23,660 per year is eligible for overtime pay if the employee works more than 40 hours per week. The adjustment would increase the threshold to $50,440 per year.

"The salary threshold is one way we avoid labeling someone a 'manager' while paying them what are clearly nonmanagerial wages. So you want a threshold well above the median wage, which in our economy tends to be the wage paid to the typical production, nonsupervisory employee, someone who clearly should be paid overtime," Ross Eisenbrey argued in a paper a few years ago on the 75th anniversary of FLSA.

The last time the threshold was significantly raised was in 1975, when more than 60 percent of salaried employees were eligible for overtime. Currently, less than 10 percent are eligible.

"Too many Americans are working long days for less pay than they deserve," President Barack Obama wrote in an Op-Ed Huffington Post piece.

Obama's main goal with the new rule — which would most likely be completed in 2016 — is to strengthen the middle class, expand opportunity and grow the economy. However, some employers think the rule could have unexpected consequences.

"While employers will pay increased wages to retain some productive workers, those gains will largely be offset by businesses curtailing other workers' hours or shifting duties to higher-level managers who are exempt from overtime rules," University of Michigan economist Donald Grimes said.

Here's what some experts say about the new rule:

John Thompson, a Georgia lawyer with management-side law firm Fisher & Phillips, states: "Businesses might schedule overtime less frequently or cut back in other areas such as benefits to counter the increase in labor costs. An increase in the threshold would have a ripple effect, pressuring employers to give raises to higher-paid workers, too. Many businesses cannot afford such a large spike in labor costs."

Labor and employment practice of Meyers, Roman, Freidberg & Lewis partner Jon Hyman states: "Businesses shouldn't absorb increased payroll from the switch of workers from exempt to nonexempt status. Instead, a company could simply calculate how much to pay an employee, on an hourly basis (anticipated overtime included), to reach the employee's current salary level. Or a company could ban overtime altogether. Thus, gross compensation probably will not change. What will change, however, is the flexibility salaried workers enjoy."

According to President Obama: "In this country, a hard day's work deserves a fair day's pay."

A public comment period is currently underway, but it could take months to finalize the proposed rule. Either way, stay informed so you know what could be affecting you and your business soon.