How military justice is being adjusted in 2019 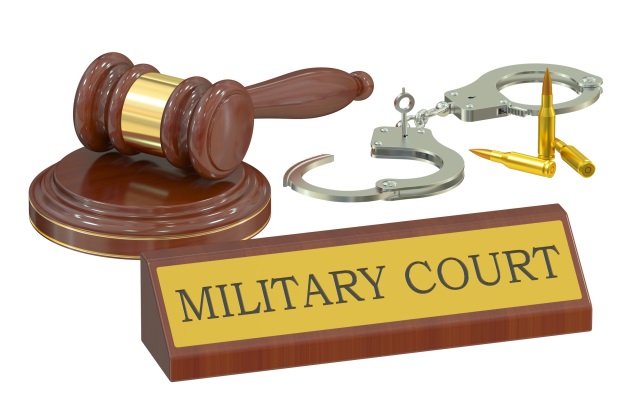 The Uniform Code of Military Justice has served as the governing body of laws for all branches of the military since it was enacted nearly 70 years ago. Over time, changes were made piecemeal as needed, but there hadn't been a holistic, overarching review of the existing laws that are on the books until recently.

As of Jan. 1, a number of changes to the Uniform Code of Military Justice (UCMJ) are in effect — the result of an effort to modernize and standardize definitions and penalties as they relate to accusations and convictions of service members. The Military Justice Review Group (MJRG) was responsible for many of the changes, which were enacted as a means of striking a balance between accused service members and the commanders to whom active-duty personnel ultimately report.

Although the list of changes was fairly extensive, the following list is indicative of some of the most discussed modifications to the Uniform Code of Military Justice:

Changes to the Definition of Adultery

Prior to 2019, the definition of adultery did not include non-traditional intercourse or sexual encounters with persons of the same sex. The updated definition includes same-sex partners and sexual acts beyond traditional intercourse, including oral sex. The article governing adultery has now been changed to "extramarital sexual conduct," putting service members who participate in acts with partners outside of their marriages under larger umbrellas.

Court-ordered legal separation, however, is now a permissible defense against adultery, whereas previously it was not.

Recruits and trainees now have a greater layer of protection against people in "positions of special trust." Sexual misconduct with junior Soldiers, for example, now carries a maximum penalty of five years in confinement.

Prior to 2019, the maximum was two years. Sexual misconduct isn't permissible between a recruiter, drill sergeant, or other persons of trust, regardless of whether the encounter is consensual by the other party or not. Sex between junior Soldiers and authority figures is a crime, no matter how consensual the act may have been.

Victims and those who report crimes of this type (and others) now have greater protection, as well. Retaliation is not permissible; should a service member be found to have delivered adverse personnel action solely in the name of reprisal, he or she can face up to three years in confinement without pay and/or dishonorable discharge.

Addition of Stalking, Cyberstalking, and Misuse of Computer Information as Crimes

Computer crimes have a broad definition, and stiff penalties were added to the UCMJ to address many of them. Service members who wrongfully access unauthorized information on government computers face up to five years in jail. Persons who choose to distribute classified information may find themselves in jail for up to ten years.

Cyber theft, including the unauthorized use of credit cards and online devices, can earn a service member up to 15 years in jail if the theft is over $1,000. The maximum for such theft under $1,000 is 10 years.

Unrelated to monetary theft, cyberstalking, which includes the theft of one's own feelings of personal safety and security, is classified as a stalking offense under Article 130 of the UCMJ.

The new rules lower the highest acceptable BAC for service members driving on base to 0.08 (down from 0.10). Previously, in states where military installations straddle two or more states, the base commander was able to dictate the permissible limit he or she saw fit for his or her base, for so long as it didn't exceed 0.10. The new rules unify maximum BACs, bringing a more cohesive understanding of permissible alcohol consumption and behavior across all bases.

Changes to the punishments affecting the Uniform Code of Military Justice are not retroactive. As such, any service member who was facing penalties for misconduct on or before Dec. 31, 2018 will not see changes to his or her sentence with few exceptions — service members who were charged with misconduct in 2018, but hadn't yet been referred to trial before January 1 will experience some of the procedural changes that went into effect beginning 2019.

Kristin Brandenburg is a niche cable industry nerd who also has an endless love for words. With six years of professional freelancing under her belt, she happily tackles topics that will make a difference to her audiences. She's also a proud daughter of a Vietnam Veteran and supports military members at every opportunity.