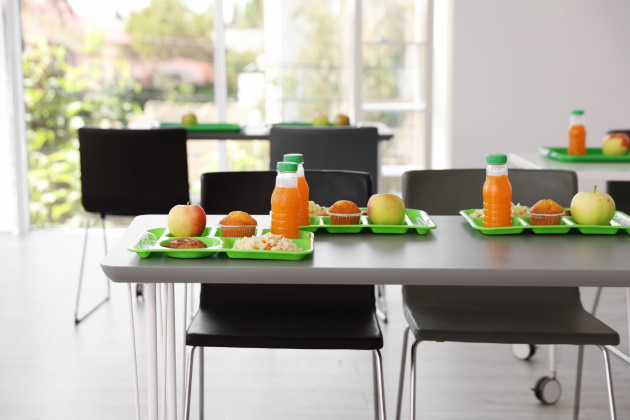 In a couple of earlierarticles, I wrote about how the coronavirus threatens U.S. education in general. Here, I’d like to concentrate on one particular aspect of the problem: how the coronavirus will make an already highly unequal K-12 education experience even less equal by depriving the neediest students of what may be their only substantial daily meal.

Public schools of one kind or another existed in the United States from the very beginning, but the K-12 public school system we have today began in Massachusetts in 1837 under the leadership of the state’s secretary of education, Horace Mann, whose admirable goal was to provide every American child with the same high-quality education.

Unfortunately, by the end of the 19th century, the U.S. Supreme Court had made inequality in education — misleadingly called “separate but equal”— a federal mandate in Plessy v. Ferguson.

Despite the best efforts of civil rights leaders and the preferences of a majority of U.S. citizens, inequality in K-12 not only persists; over the past 20 years it’s gotten worse. In fact, public schools are about as racially segregated now as they were in 1954 prior to the passage of Brown v. Board of Education.

It seems nearly inevitable that unless we, as citizens decide to take positive, but also probably expensive and painful steps to oppose this discouraging trend, the coronavirus is going to make inequality in K-12 education worse — a lot worse. Here’s why.

It’s well understood that students cannot function adequately if they’re malnourished, which is why there’s a federal school lunch program. But as schools close, the National School Lunch Program can no longer continue to provide what for many students — something like 40 percent of them — is their only substantial meal of the day.

There are some systems in place that can mitigate the damage, primarily the federal Supplemental Nutrition Assistance Program. But, as a recent article on the subject notes, the program has eligibility requirements that reduce access, and even then the program’s benefits are limited. Absent a realignment of the National School Lunch Program that could provide every student in a closed school (which, as of this writing, is nearly all of them) with the same meal support received when schools were open, many children will sometimes go hungry and some will become malnourished, with the expectable detrimental effects on health and cognition.

Just as some states, regions and school districts provide a substantially better educational experience than others (paralleling differences in race and poverty), some states are also currently doing a better job than others at feeding children who are out of school.

One problem begins with the U.S. Department of Agriculture, which must provide a waiver to individual states before they can provide off-site meals. The Department has been slow to respond and, even as it does, is beginning from a self-imposed nutritional deficit imposed by a January 2020 rollback of Obama-era school lunch regulations, which had already reduced the available nourishment in school lunches and encouraged consumption of fattier, highly processed foods.

Even when state officials are sympathetic to the school lunch crisis — and assuming they have the resources to pick up the slack (the administration suggested in late March that the states should try to take care of the problem themselves) — parents may not have the resources needed to make those meals available because parents fear losing their jobs if they leave work to pick up meals at drive-through locations. And as the crisis worsens, as it has at an accelerated rate over the past two or three weeks, parents may not even be able to buy gas to make daily school lunch pickups.

To sum up, when this crisis abates, it’s almost certain that many of the poorest students and students of color will be returning to school with nutritional deficiencies that will affect their ability to learn, almost certainly for months, but in some cases for years. For a few, that deficit will never be made up.