How can low gas prices be bad for the transportation industry? 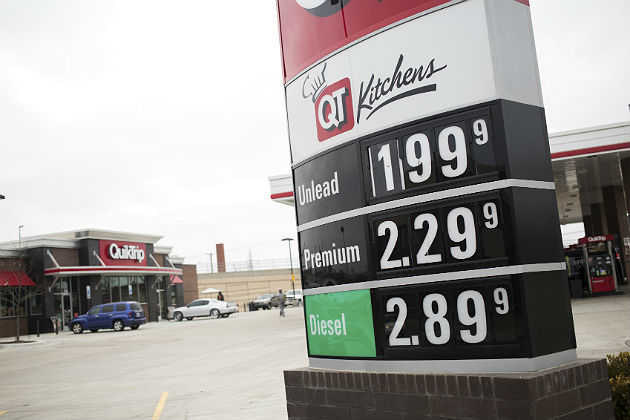 With the drop in gas prices this winter, unleaded gas is advertised below $2 a gallon at a QuikTrip station in St. Louis.

This is the first of a two-part series on fuel and transportation: Infrastructure | Aviation and marine

Nothing affects the transportation industry quite like fuel. Whether it's price, type or scarcity, the specter of gas always looms heavy over the nation's infrastructure and the industry of trains, planes, boats and automobiles.

While states across the nation contemplate raising taxes on gas to pay for infrastructure repairs, airlines are experiencing higher-than-expected profits. It seems, now more than ever, low gas prices are helping alleviate pain at the pump, while also pushing economic and political movement forward.

So why are so many in the transportation industry unhappy?

Earlier this month, President Barack Obama proposed legislation to spend $478 billion over the next six years to boost the nation's infrastructure. The goal is to upgrade the nation's roads, bridges and ports by imposing new taxes on overseas earnings by American companies. This is seen as an important boon for the nation's crumbling infrastructure.

Everyone agrees that America's infrastructure needs to be addressed. The simple point of contention is just how to pay for it.

The president, often times hampered by a Republican Congress, wants to avoid any new taxes that could be seen as a burden to middle-class Americans. Rather, his plan is to tax the overseas earnings of American companies to raise revenue for infrastructure programs. The story on the state and local level is a different one.

Several state officials have presented proposals — or at the least, ideas for proposals — to pay for the country's crumbling infrastructure by raising the gas tax. With gas prices being so low, many feel that now is the perfect time.

New Jersey has a staggering backlog of bridge and road projects. Unfortunately, there is no money set aside for the state to address this growing problem. While talking recently to a state planning agency, New Jersey Transportation Commissioner Jamie Fox made it clear that the state can't wait any longer.

"Now is the time. … The money has run out. The projects are accumulating," Fox said. "We've got potholes up and down the state. We've got bridges falling apart."

New Jersey hasn't raised its gas tax in 20 years, and it has one of the country's lowest taxes on gas. Not raising it seems almost irresponsible. 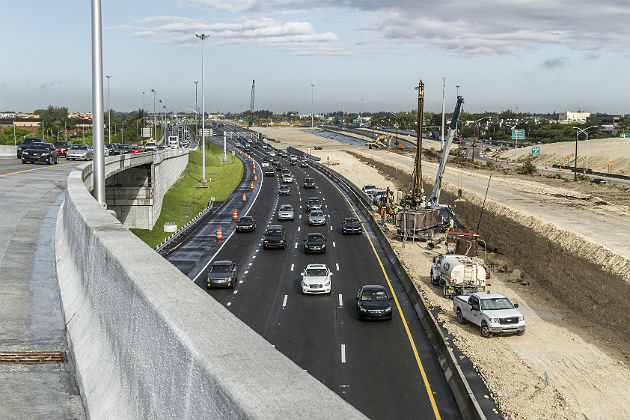 Traffic during construction of new connections between State Road 826 and State Road 836 in Miami.


New Jersey isn't alone. The trend began with states such as Maryland and Pennsylvania and continues with states such as Washington. For example, this month, both political parties in Iowa proposed a gas tax increase of 10 cents. Although still divided on the issue, the legislature actually came together to pass the bill, which currently awaits Gov. Terry Branstad's signature.

According to a Bloomberg editorial on the subject, "Not only is this a rational way to raise revenue to repair bridges and roads, it's also a sensible response to the federal government's abdication of the task."

More than likely, a state-led raise in gas taxes won't be a fix-all to addressing the country's infrastructure problems. For one, automobiles are becoming more and more fuel efficient. Second, the low gas prices — along with the growing popularity of hybrids and electric cars — create a built-in ceiling for how much revenue can be drawn from a simple gas tax raise.

And as expected, there has been significant push-back on the idea.

In New Jersey, for example, Gov. Chris Christie recently noted that he will continue to oppose any efforts to hike taxes in New Jersey. Whether this includes any propositions to raise the state's tax on gas remains to be seen.

Also, it should be noted that according to a report by the Center for American Progress, highways simply cannot pay for themselves through gas taxes.

According to Kevin DeGood of CAP and co-author of the report, "Highways are incredibly important, but we have spent decades trying to solve every mobility need with big roads, and it hasn't worked. ... What we need is a system that provides people with real choice. While roads have never paid for themselves, there was a time when user fees covered a larger share than they do today."

Speaking of a user fee, the state of Oregon is experimenting with an idea closer to the suggested user fee: a program that charges drivers by the mile.

In the end, whether on land, sea or air, it is fuel that drives the transportation industry forward. Whether used to pay for infrastructure repairs, fund airline profit boons or upset the marine industry status quo, the influence of fuel cannot be denied.