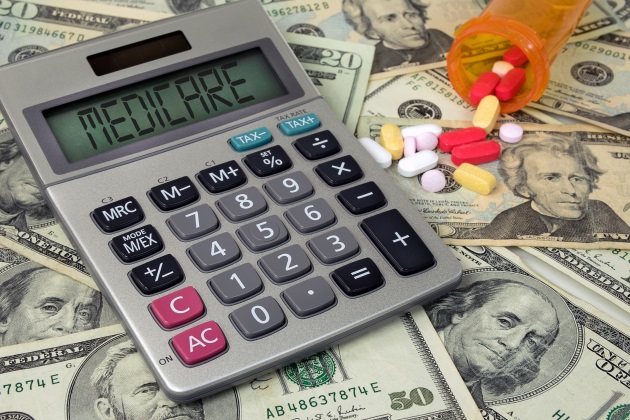 A final hospital price transparency rule was released in November.

U.S. healthcare spending rose 4.6% in 2018 to $3.6 trillion, a rate that’s higher than in 2017 but near the same level as 2016. Healthcare spending didn’t grow as fast as the nation’s gross domestic product, so healthcare’s share of the economy fell from 17.9% to 17.7%, according to data from the Centers for Medicare and Medicaid Services’ Office of the Actuary.

The data, released annually, pointed to the increase brought on by the reinstatement of the Affordable Care Act's Health Insurance Tax, which was not in effect for 2017.

The tax applied to all health insurers starting in 2014 and was designed to create funds to reduce their costs as more people picked up health coverage through the ACA's Medicaid expansion and premiums subsidies. The Congressional Budget Office estimated the tax would raise more than $140 billion across 10 years. 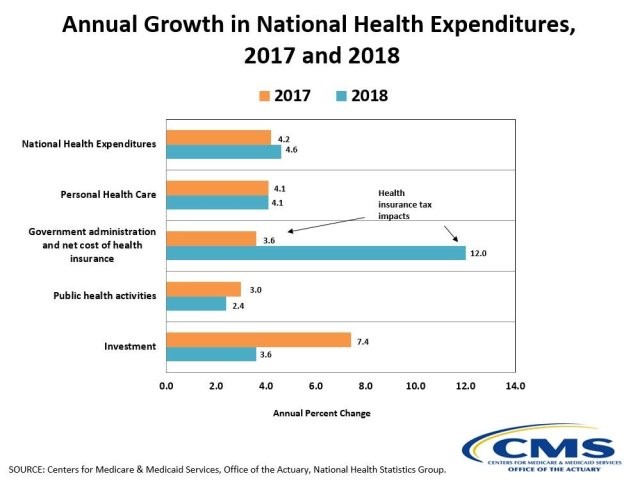 According to Healthcare Dive, payers hated the tax and pushed to do get rid of it. Congress placed a one-year moratorium on it throughout 2017, but it was in place in 2018, the site reported.

Payers continue to lobby to remove the tax again in 2020. Additionally, America's Health Insurance Plans continues to push for full repeal of the tax because it makes care more expensive for patients.

The newly released data shows no surprises, analysts said. Some potential changes to funding may include Medicaid expansion in additional states and the individual mandate penalty data on its way. 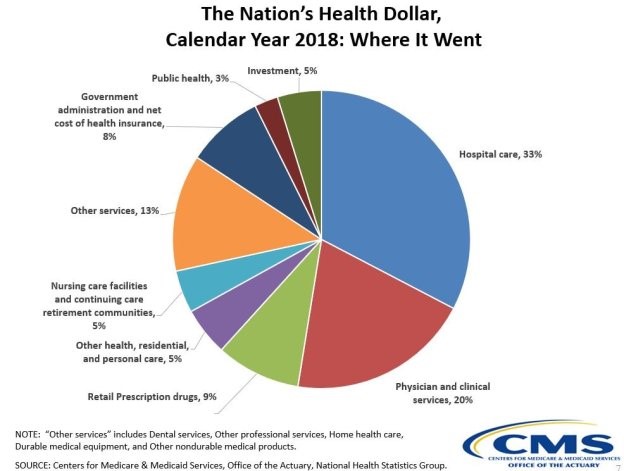 In other healthcare spending news, Centers for Medicare and Medicaid Services (CMS) Administrator Seema Verma continues to push against hospital leaders and lobbying groups that hate the idea of publishing payer-negotiated prices, which is now mandated by a federal rule.

Verma continues to warn that hospitals will face fines for not complying with the new rule. Hospitals ruefully suggest that the cost of implementing the rule, which goes into effect in 2021. They also complain that the regulation will harm price competition, providing little evidence of such.

Impending lawsuits from these groups are on their way, charging the current administration’s rule as "unlawful, several times over."

Asked about hospitals' lack of favor to the price transparency rule at the Forbes Healthcare Summit, Verma said, "Is it can't do it, or won't do it?"

Verma said hospitals are "hiding behind" the argument that patients will be confused if hospitals publish payer-negotiated rates. "Let's just put it out there. Let patients determine what they need, give them the ability to shop around," Verma said.

The administration released a final rule in November, requiring that hospitals publish prices they've negotiated with payers for 300 shoppable services and a mandate that insurers post online real-time cost-sharing information.

"It's not only about trying to lower costs, but also allowing providers to compete on cost and quality, and making the system work better for patients," she said.