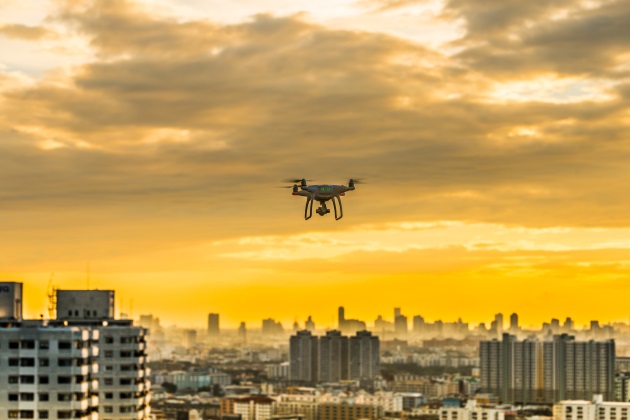 DALLAS — It’s a bird, it’s a plane…no…it’s a drone. What was once a popular theme song for a famous superhero is now signifying another mysterious object in the sky, concerning many EMS helicopter operators and air medics industrywide.

Unmanned aerial systems (UAS or UAV), more commonly known as drones, are now sharing the same air space as those tasked with transporting patients in times of emergency.

At a recent meeting of the HAI Air Medical Services Committee at the 2017 HAI Heli-Expo, the group convened to talk publicly about current safety issues, with drones taking front and center. The FAA predicts that 2.7 million commercial-grade UAS will be sold in 2020 and has 700,000 currently registered on file.

According to the Association of Air Medical Services' position statement on drones, aviation regulatory bodies (such as the U.S. Federal Aviation Administration) are under increasing pressure to expedite the integration of drones into the national airspace system (NAS).

UAS technology is in high demand from multiple sectors for both professional and personal use. This has left the air medical community scrambling to catch up with the response and to ensure they too, can still hold their promise of keeping patients and operators safe.

Ron Fergie, a pilot at Air Methods, currently serves as the HAI Air Medical Committee staff liaison for the UAV/UAS committee, and he kicked off the conversation citing multiple instances where they recalled as "near-misses," in which the aircraft had to maneuver away from the UAS traveling in the same airspace.

"That term near-miss has always bothered me, because the more accurate term is near-hit," Fergie said.

The update spurred the committee into a larger discussion, concluding not only is the new UAS reality a safety problem; there currently aren’t any formal protocols in place to report or to resolve the instances as they arise.

"We had an incident out in Salt Lake City where there was an UAV hovering over an aircraft," said Fergie. "It was reported to local law enforcement; but the reality of it is, local law enforcement really doesn’t want to have anything to do with it…and the FAA doesn’t have a way to report or record it."

Other members piped in with what they were doing in their communities to battle the problem presently – but the committee concluded a larger role needed to be taken to tackle the issue head on.

"It is clearly up to us, as an association, to tackle this challenge, because the FAA is not clear on who should enforce it," said Fergie.

While there is legislation floating around in some state and local governments making UAV interference a crime, the committee pointed out it could move the process along by providing these governments with some official language regarding this issue area.

Moving forward, the committee recognized that being proactive is key when coming to terms with their new reality. Stan Rose, director of safety outreach programs at HAI, concluded by confirming all members of the committee will work diligently to take on this challenge and ensure the safety of all air ambulance operators, patients and pilots.