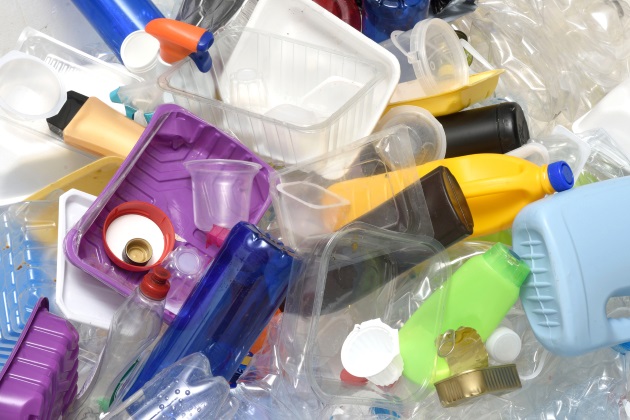 Global consumer goods giant Unilever has announced an aggressive program to reduce the level of plastic waste it creates through the use of its products. According to a statement by the company, it is making efforts to create a “circular economy” for plastics.

These efforts are mostly commitments between the brand and those it serves. Specifically, by 2025, it says it plans to reduce its use of virgin plastic — plastic that has never been used for any other purposes nor been previously recycled — by half. It will also reduce its use of plastic packaging by more than 100,000 total tons.

Likewise, the company said it wants to "accelerate" its use of recycled plastics and help collect and process more plastic packaging than it sells.

Unilever said it already is on track to achieve its existing commitments to ensure all its plastic packaging is reusable, recyclable, or compostable by 2025, and to use at least 25% recycled plastic in its packaging, also by 2025. The brand also says it’s the first "major global consumer goods company to commit to … absolute plastics reduction across its portfolio."

According to Unilever CEO Alan Jope, "Plastic has its place, but that place is not in the environment. We can only eliminate plastic waste by acting fast and taking radical action at all points in the plastic cycle. Our starting point has to be design, reducing the amount of plastic we use, then making sure that what we do use increasingly comes from recycled sources. We are also committed to ensuring all our plastic packaging is reusable, recyclable, or compostable."

The company announced plans to help collect and process about 600,000 tons of plastic annually by 2025 through waste management infrastructure investments in regions where Unilever operates.

Jope said Unilever plans to quickly scale up new business models, like reuse and refill formats. "Our vision is … to ensure that plastic stays in the economy and out of the environment. Our plastic is our responsibility, and so we are committed to collecting back more than we sell, as part of our drive towards a circular economy."

Unilever first started its plastic transformation through its "Less, Better, No" plastic initiative, which has led to new ways of packaging and delivering products.

One example is new detectable pigment used by Axe and TRESemmé, which makes black plastic recyclable, as it can now be seen and sorted by recycling plant scanners. Other packaging changes have included shampoo bars, refillable toothpaste tablets, cardboard deodorant sticks, and bamboo toothbrushes.

The move is being lauded by industry partners, including Conrad B. MacKerron, senior vice president of As You Sow,"As You Sow salutes Unilever for committing to eliminating 100,000 tons of plastic packaging and increase the use of recycled plastic content by 2025."

"We asked Unilever to set plastic use reduction goals. The company has responded with an ambitious plan,” MacKerron added. “We also asked it to develop alternatives to plastic packaging, which it appears to be doing by performing a ‘fundamental rethink' in its approach to packaging, exploring re-use, and re-fill delivery systems. We hope Unilever can learn from the previous failed efforts of others, and undertake unprecedented collaboration with stakeholders, including the aggressive promotion of extended producer responsibility, or similar, legislation in the U.S., where we continue to suffer from embarrassingly low recycling rates."

In a video, Unilever also took on the issue of ocean plastic and reducing contaminants in the world's seas. The trash in the world's waterways is overwhelming the planet, from the New Jersey-size dead zone that forms each summer in the Gulf of Mexico to the 1,000-mile-wide belt of plastic trash in the northern Pacific Ocean.

According to National Geographic, before 1972, humans spewed trash, sewage sludge, and chemical, industrial, and radioactive wastes into the oceans and millions of tons of heavy metals and chemical contaminants. The London Convention, ratified in 1975 by the United States, was the first international agreement to detail better protections for the marine environment.

The agreement implemented regulatory programs and prohibited the disposal of hazardous materials at sea. An updated agreement, the London Protocol, went into effect in 2006, more explicitly banning all wastes and materials except for a shortlist of items, like leftover materials from dredging.

Single-use plastics, used once before being tossed into the trash, are a significant problem. Encouraging recycling and reuse can minimize plastic pollution. Perhaps Unilever’s programs will help lead to additional reforms.