Global CO2 emissions on the rise again after brief drop 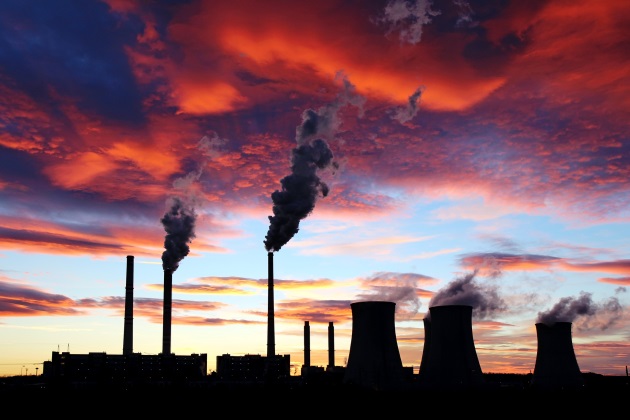 Global fossil fuel emissions appear to be rising again, for a second year in a row, because of growing energy use. These are the findings of new estimates from the Global Carbon Project, an initiative led by Stanford University scientist Rob Jackson.

These estimates compare to 1.6 percent growth a year earlier. Emissions from non-fossil sources — de-forestation, for example — are projected to add about 4.5 billion tons of carbon emissions to the 2018 total.

"We thought … emissions had peaked a few years ago," said Jackson, a professor of Earth system science in Stanford's School of Earth, Energy & Environmental Sciences (Stanford Earth). "After two years of renewed growth, that was wishful thinking. Global energy demand is outpacing powerful growth in renewables and energy efficiency."

In the United States alone, estimates project that emissions of carbon dioxide will increase 2.5 percent this year after a decade of declines. Contributing factors leading to the rise in emissions are a cold winter in Eastern states and a warm summer across much of the nation. Lower gas prices have led to more consumption of fuel.

Despite the rise in human-derived fossil pollutants, coal use is on the decline. The Stanford study shows coal consumption in Canada and the U.S. has dropped by 40 percent since 2005, and in 2018 alone the U.S. is expected to "take a record-setting 15 gigawatts of coal-fired capacity offline."

However, reduction in coal use here doesn’t mean reductions everywhere. India’s emissions, for example, are expected to have risen at the astonishing rate of 6 percent for the year. Thus, while some regions are working to curb their fossil fuels use and carbon emission, other offenders are ratcheting up their consumption despite the long-term effects.

China, the largest overall carbon emitter, will rise 4.7 percent in 2018. After four years of stable emissions amid pressure to improve air quality, the country’s emissions are now growing. Coal projects there are on the rise.

Cleaner air requirements are leading to the increased use of natural gas, wind and solar power, Jackson said. But, fossil fuels are not getting replaced, only supplemented by renewables, the study’s authors said. Couple that with increased energy demand worldwide and we see the rise in emissions. The reason for this is a growing worldwide economy, leading to "increased demand for iron, steel, aluminum and cement manufactured in China."

However, a growing economy doesn’t have to lead to increased emissions, the study authors suggested. For example, from 2014 through 2016 emissions plateaued despite economic growth.

The news follows the release of the Fourth National Climate Assessment. The report says the United States is the largest per capita CO2 emitter worldwide, releasing 4.4 metric tons of carbon per person in 2017, according to the Global Carbon Budget. Total U.S. fossil fuel CO2 emissions are projected to have grown 2.5 percent in 2018, despite the United States using more renewable energy than ever before.

China and India have seen particularly large increases in carbon dioxide emissions from fossil fuel use in recent years, and 2018 continues that trend (left). But the United States continues to rank well above other countries for the per person amount of such carbon emitted each year (right).

Trends in carbon dioxide emissions by country and per capita