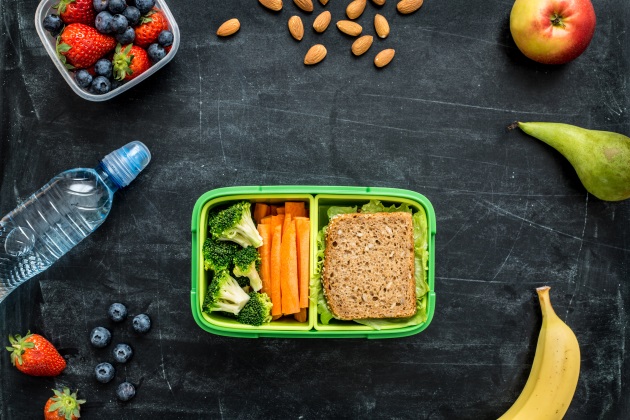 The purpose of the report is to provide a framework for the "urgent actions" needed from consumers, policymakers, businesses and government agencies to transform the food system.

Leading scientists in nutrition and public health laid out global guidelines for a universal, healthy diet. The diet, on average of 2,500 calories per person, suggests eaters fill half their plates with fruits, nuts, and vegetables; transition to whole grains; and moderately consume red meat — expanding or limiting their diets to include red meat equivalent to one small burger a week.

The Commission tested whether providing humanity with healthy diets within planetary limits is feasible, or whether food security and environmental sustainability are at odds with each other.

According to Cirad, if populations reach expected levels by 2050, "It will be impossible to feed everyone without exacerbating poverty, accelerating deforestation and increasing greenhouse gas emissions unless we start making substantial changes to our food system now," the site reports.

A report, "Creating a Sustainable Food Future," published December 2018 by the World Resources Report series, in partnership with the World Bank, UN Environment, UN Development Programme, Cirad and INRA, claims there are some alarming facts that humanity must face in the years ahead.

For example, food demand is set to rise by more than 50 percent, with demand for animal-based food products (meat, dairy and eggs) likely to grow by almost 70 percent. Hundreds of millions of people already go hungry, and farming uses around half the world's green areas and generates a quarter of global greenhouse gas emissions.

Measures include environmental targets like reducing yield gaps by 75 percent, limiting biodiversity loss to less than 10 extinctions per million species per year, and creating a downward trend for global carbon dioxide emissions caused by the food system before 2020.

Agriculture accounts for about 25 percent of global emissions. This would leave just 30 percent for other sectors that generate GHG emissions, such as transport.

EAT-Lancet Commission report is the scientific community’s first attempt to set clear scientific targets for food, defining a universal dietary standard, and specific environmental limits for food: the consensus on which had been missing.

The EAT-Lancet Commission, led by 20 commissioners with the support of 16 additional scientists, is a partnership between the EAT Foundation and The Lancet formed to set global dietary guidelines improve health and set science targets to guide food systems toward health and sustainability.