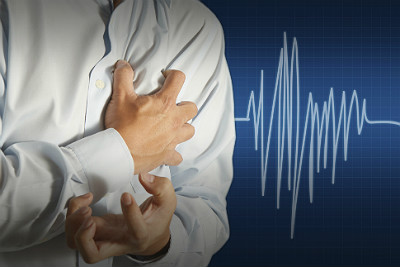 Only 7 percent of the 300,000 people who suffer cardiac arrests outside of hospitals each year survive, according to the Centers for Disease Control and Prevention (CDC), despite the fact that two-thirds of these patients receive treatment from emergency medical service providers.

The FDA approved the ResQCPR System, which involves two devices used together to work synergistically to improve perfusion. The first responder uses a suction cup to attach the ResQPump Active Compression Decompression CPR Device to the patient’s chest, facilitating the rescuer's compressions and decompressions to assure chest wall re-expansion and creation of adequate vacuum.

The ResQPod 16.0 Impedance Threshold Device fits onto a breathing tube or rescue mask. This device selectively prevents air from re-entering the lungs during chest wall recoil to enhance negative pressure, pulling back more blood into the heart and lowering intracranial pressure.

This action improves circulation to vital organs until rescuers can restart the patient's heart. Using the ResQPod improved favorable neurologic outcomes by 25 percent or more as compared with conventional CPR.

The FDA granted premarket approval to Zoll Medical Corporation, a manufacturer of medical devices and related software solutions, granting the company permission to market and begin U.S. distribution of the CPR adjunct system. The device is expected to be commercially available in mid-2015.

Before granting approval, the FDA considered the results of a study evaluating the ResQCPR System, known as the ResQTRIAL, which showed 49 percent increase in survival to one year in adult patients who experienced out-of-hospital cardiac arrest as compared to treatment with standard CPR. The study suggests that widespread implementation of the ResQCPR System could save thousands of U.S. lives each year.

"This is the most significant advance in the field of cardiac arrest since defibrillation," said Tom Aufderheide, M.D., M.S., FACEP, FACC, FAHA, lead investigator for the ResQTRIAL. "The ResQCPR System profoundly increased blood flow to the heart and especially the brain in preclinical studies. The ResQTRIAL showed it could save thousands of lives each year in the United States and, in my opinion, should become a new standard of care."