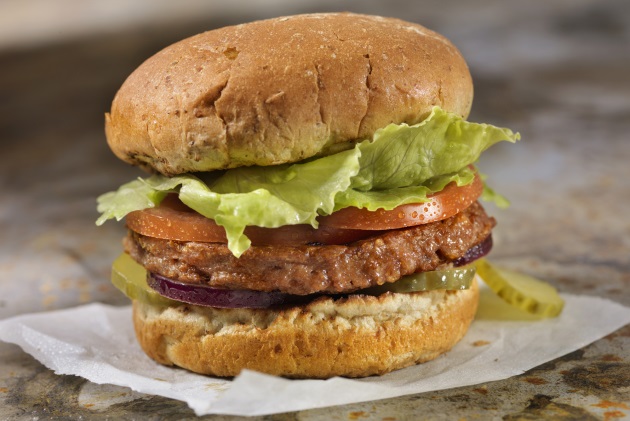 Want fries with that? With that plant burger? That’s soon going to be a question for millions around the world at McDonald’s. The upcoming launch of McDonald’s vegan “McPlant” burger could feed many millions.

Some think McDonald’s move to veggie burgers (along with many other chains making similar moves) could reduce dependence on factory farming, specifically beef production. McDonald's announced recently that it is testing the plant-based burger market in several locations in the months ahead. In addition to "beef"-like veggie patties, the chain is testing chicken alternatives.

In a call with analysts, Chris Kempczinski, CEO of McDonald’s, said: “Plant-based products are an ongoing consumer trend. It’s not a matter of if McDonald’s will get into plant-based, it’s a matter of when.”

The restaurant chain is behind the curve when it comes to rolling out plant-based products. Burger King launched the Impossible Burger on Aug. 8, 2019. The Impossible Whopper has been driving business, even from people who usually shop at Trader Joe's, Whole Foods, and Panera Bread.

Others with plant-based burgers include offerings from Carl's Jr., White Castle, Red Robin, and several others.

McDonald’s coming to the meatless burger party is not the point of this article. McDonald’s is the latest cog in an effort that many hope will reduce the economic, global, and environmental impact of beef production — specifically factory farming.

“With one of the world’s largest fast-food chains, McDonald’s, confirming the creation of the McPlant, their very own plant-based burger, customers in the United States — one of the countries that eats the most meat — could have the opportunity to easily reduce their meat consumption and lower the overall demand for factory-farmed meat.”

Loria then added: “By making humane and sustainable proteins affordable and accessible, World Animal Protection expects that factory farms can start being phased out.”

Factory farms are meant to produce the most animal products in the most efficient manner possible.

In Oregon, for example, CAFOs are known as concentrated confined feeding or holding of animals in buildings or in pens or lots “where the surface has been prepared with concrete, rock or fibrous material to support animals in wet weather, that have wastewater treatment works, or that discharge any wastes into waters of the state.”

“As bacteria become resistant to all of our antibiotics because of our overuse in animal production and in human medicine, we are not going to be able to save people the way we have in the past, which is by just giving them an oral antibiotic,” Lance Price, a public health researcher says.

Could these environments create the next global pandemic? Yes, some say. How can this be stopped?

Likewise, policies to protect natural ecosystems from agricultural expansion and other degradation and fragmentation sources could curb any potential disease spreading. Across the world, about 40% of deforestation in the tropics and subtropics is due to large-scale commercial farming, while another 33% is due to local subsistence farming.

What else can people do? Contact legislators to demand action, then eliminate meat-based consumption, which brings us back to McDonald’s.

Likewise, for those interested in eating more plant-based, check out apps or other resources designed to support plant-based recipe resources.