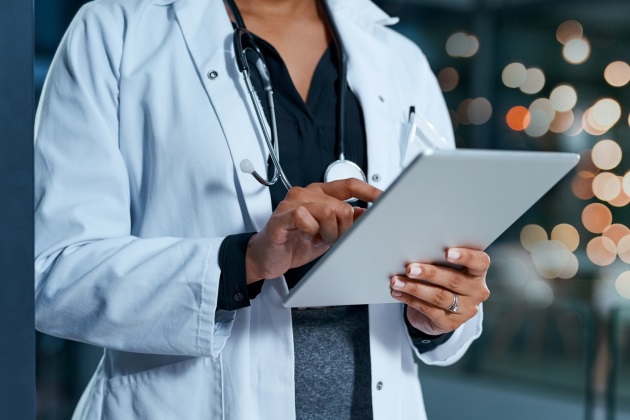 There’s a major hubbub going on in healthcare right now regarding interoperability. This includes a campaign from the CEO of an EHR company to health system leaders encouraging them to rally against federal interoperability reform; tech giants telling the Office of the National Coordinator for Health Information Technology (ONC) to enforce its rules; and Centers for Medicare and Medicaid Services (CMS) Administrator Seema Verma suggesting that some healthcare EHR vendors are attempting to protect "short-term profits."

Where to start? In this case, we’ll begin to break this drama down at the top — with the regulators, CMS.

In a presentation at the 2020 CMS Healthcare Innovation Industry Day in Washington, D.C., Verma minced no words: “Access to one's data can be a matter of life and death, and this administration will not waver in ensuring that patients enjoy full ownership of their data.”

Verma accuses certain health IT vendors of protecting their siloed systems for the sake of profit.

Verma named no names. She didn’t have to. The name — Epic Systems — was on everyone’s lips. Epic’s media-shy CEO, Judith Faulkner, sparked an industrywide debate earlier in January when she sent a "Jerry Maguire"-like missive to health system leaders.

In her email, she expressed concern over HHS’s proposed interoperability rules because she feels they don’t address concerns over privacy protections. “ONC’s Proposed Rule could negatively affect patients and health care organizations,” Faulkner wrote in the email obtained by CNBC. "HHS needs to hear from you, so they understand that you feel these issues are important. Very little time is left."

"We are concerned that healthcare costs will rise, that care will suffer and that patients and their family members will lose control of their confidential health information," she stated in the communique.

Additionally, in a statement posted to the Epic website on Jan. 27, the company says it “strongly agrees with the goal of the Office of the National Coordinator for Health IT (ONC) to support patients' ability to access their data” and that it appreciates “that HHS is trying to make their proposed rule for data sharing better for patients and has been listening to many voices. We recommend necessary solutions before the ONC rule is finalized to prevent serious risks to patient privacy," citing references to improper data collection and sharing a la Cambridge Analytica, the now-notorious data experiment through Facebook during the 2016 election cycle.

“Epic does not typically comment publicly on national policy issues,” it said in its statement. “However, our goal is to keep the patients at the heart of everything we do, and we must speak out to avoid a situation like Cambridge Analytica. The solution has a clear precedent in HIPAA protections, and creating similar protections that apply to apps would make a difference in the privacy and well-being of millions of patients and their families.”

"The disingenuous efforts by certain private actors to use privacy, as vile as it is, as a pretext for holding patient data hostage is an embarrassment to the industry," she said. "The short-sightedness of such efforts is deeply troubling considering the broad frustration of the American people with the status quo, and it's the fuel that is driving the calls for the destruction of the entire private healthcare system.”

Health and Human Services Secretary Alex Azar is standing behind Verma. Azar, at the meeting, also dismissed the "scare tactics,” saying there are "some are defending the balkanized, outdated status quo and fighting our proposals fiercely."

Two interoperability proposals, released by the ONC and the CMS in 2019, make up the core of the Trump administration's vision for putting patients at the center of American healthcare.

The rules, as designed, make it easier for providers, insurers and patients to exchange health data by requiring caregivers or health systems and insurers to implement standardized application programming interfaces that connect IT systems like electronic health records with third-party apps.

"Scare tactics are not going to stop the reforms we need," he said.

Enter Cerner, Apple — and others

Adding fuel to the fire that this barnburner has become, Epic's largest EHR competitor, Cerner, supports the current interoperability rule. Cerner CEO Brent Shafer tweeted the following on Jan. 27 about ONC's proposed information blocking rule: "Let me be abundantly clear: [Cerner] embraces interoperability and the flow of information across disparate systems and healthcare entities. We fully support the proposed rule and the rulemaking process."

As mentioned, Cerner isn't the only big tech firm slinging arrows at the target Epic has painted on itself. Other significant brands (brands with more brand recognition, and probably deeper pockets), including Apple, are letting those in healthcare know that it believes the ONC should get about the business of finalizing its health data interoperability rules.

Big tech giants like Apple and Microsoft are joining in the fray, too. They and others voicing strong support for efforts to give patients access to their health data. In addition, the Carin Alliance, a private sector collaboration made up of health insurers, providers, health IT companies, and large tech firms, are meeting with the Office of Management and Budget (OMB) to request that the rule be finalized and released “without further delay.”

Peter Lee, corporate vice president of Microsoft Healthcare, said the technology giant endorses the proposed rules, adding that the regulations “are correct because they're based on modern data standards.”

Thus, as of this writing, Epic is on the outside looking in, with seemingly few allies.

While this hullabaloo continues to play out, there's a lot of drama in health IT right now. After years of debate about patient engagement, interoperability seems to be the wagon-circling issue.