EHRs reduce face time with patients, but this is not the solution 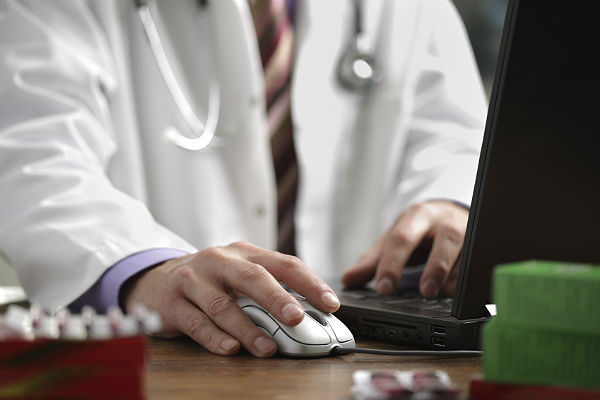 Well, this is rich, isn't it? Jonathan Bush of athenahealth says EHRs "slow doctors down and distract them from meaningful face time caring for patients." One of the nation's most-well known CEOs of an electronic health record company, Bush wrote this in an op-ed for STAT, citing the results of a new study published in Annals of Internal Medicine.

While the research findings are not surprising, Bush's response is. First, let's dig into the results of the study a bit.

The researchers said physicians spend almost half of their time in the office on electronic health records and desk work and just 27 percent on face time with patients. Apparently, once these same physicians get home, they average another one to two hours completing EHRs.

This finding "adds to the growing body of evidence suggesting that the current generation of EHRs adds to physicians' daily administrative burden and, as a result, may be increasing rates of professional burnout," Medscape reports.

Medscape found more than half of the physicians in its own survey felt "EHRs reduce both the time available for face-to-face patient interaction and the number of patients who can be seen each day."

Just 57 U.S. physicians in family medicine, internal medicine, cardiology and orthopaedics from multiple practice sites across four states were interviewed to see how they used their time in the exam room with patients, and how much time they spent outside of the exam room, both within and outside of office hours, on EHRs and office work.

The research was collected more than a year ago, from July 7, 2015, to Aug. 11, 2015, and found nearly 50 percent of the physicians' total work time during office hours was spent on EHR and desk work, "including documentation and review (38.5 percent), test results (6.3 percent), medication orders (2.4 percent), other orders (2 percent), and administrative tasks (1.1 percent)."

About 33 percent of the total time during office hours was allocated to direct clinical face time.

Additionally, about one-third of the physicians logged after-work activity in self-report diaries, together reporting a mean of 1.5 hours of after-hours work per day. The study findings highlight the gap between EHR expectations and outcomes that has been identified in recent analyses.

"For example, one might hypothesize that new EHR activities decrease the time physicians spend engaging with patients," the authors write. "Our data quantify previous survey data showing that physicians report spending substantial work time using the EHR. These previous studies have suggested that decreased time with patients and increased workload from EHR tasks are major contributors to career dissatisfaction among physicians."

In an accompanying editorial, Susan Hingle, M.D., from the Southern Illinois University School of Medicine in Springfield, wrote, "Now is the time to go beyond complaining about EHRs and other practice hassles and to make needed changes to the healthcare system that will redirect our focus from the computer screen to our patients and help us rediscover the joy of medicine."

Back to Bush and his athenahealth EHR. The discovered irony here is that an industry insider — who, according to this report, is part of healthcare's technology problem — claims his technology should not be bound up in the circumstances of this report, but is really part of the solution to the problem:

"Vendors like my company, athenahealth, and others have been required to develop EHRs that satisfy government regulations rather than the needs of providers and patients. Motivated by more than $30 billion in incentives, vendors have lined up happily to ride the wave, building EHRs that satisfy government requirements but make it increasingly difficult and less rewarding to care for patients.

"And so, we find ourselves in 2016 using the very latest stopwatches and journals to figure out just how bad our technology problem is. The very idea that we're measuring 21st century technological performance with 19th century technology — the clipboard and stopwatch — is a nightmare of the absurd that only healthcare could conjure up.

"While the athenahealth EHR is far from perfect, it doesn't require a stopwatch to measure. We can and do track exactly how much time doctors spend documenting in the exam room with a patient or after hours at home.

"One of our corporate scorecard metrics (which directly affect employee bonuses) this year is to decrease the amount of time physicians spend documenting patient visits after hours. Because our EHR is delivered over a network we know exactly how much time providers and staff spend on patient care vs. administrative work, and use that data to test and drive improvements.

"This type of accountability needs to become the industry norm. Key measures like after-hours EHR documentation and time spent in face-to-face patient care will help squelch healthcare's technology problem, bring transparency to the most offensive solutions in the market and, more important, will chip away at care team burnout and dissatisfaction."

Tthe op-ed, while remorseful and understanding, offers little in the way of detail. More hyperbole from one of the sector's self-crowned kings won't solve the problems with the technology in question if one of the vendors is positioning the players on the field.

Unfortunately, physicians seeking efficiencies to provide better care have bought into these technologically advanced, detail-lacking ideas before. That why they're in this mess.