Efficiency of buildings increase, with a focus on facility managers 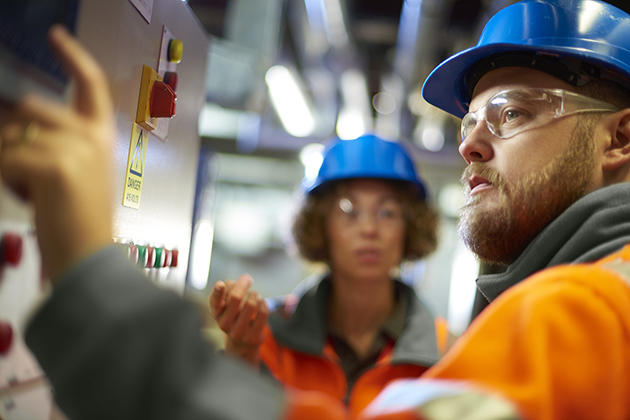 In 2010, the U.S. building sector generated 45 percent of all carbon dioxide emissions in the country — that's right, nearly half of all carbon emissions came from the places Americans live, shop and work in every day. Much of this is because of the fact that residential and commercial buildings use 75 percent of all electricity produced in the U.S., for lighting, pumping, heating and cooling.

However, new construction projects (and some retrofits) are finally addressing concerns in the building process. And facility managers are right in the center of the conversation — from site selection to post-occupancy energy usage tracking and long-term review processes — per a report, "The crucial roles for facilities management teams in green building" by Linnean Solutions, a consultancy firm to organizations based on environmental performance metrics.

"Existing buildings that do not undergo retrofits have an uphill battle to achieve energy-use reduction goals, with much of this responsibility assigned to facilities management (FM) teams," the report noted.

What all of this means is an expansion of facility manager teams' traditional roles, from general site maintenance and repair to managing sustainability committees. Along with the buildings they manage, FM roles have changed. So have their expectations and capabilities to be knowledgeable in sustainability and efficient building practices.

For example, new standards mean buildings must be net positive in their water and energy usage, as well as waste production and other imperatives. That mean facility managers must understand how to manage these processes and changes.

That is just the beginning. New efforts to design and create more efficient buildings are pressing upon FM teams to engage in new conservation responsibilities.

The first "Getting to Zero Status Update" published by New Buildings Institute (NBI) in 2012 showed 60 commercial and multifamily buildings or projects that were either verified as zero energy or were emerging to that level. In 2018, the list includes nearly 500 projects, increasing more than 700 percent since the first report.

Such buildings in the United States and Canada appear to show that ZE efforts "transcend climates and borders ... with projects occurring in 44 of the U.S. states and four of the 10 Canadian provinces." California leads, with the San Diego and Los Angeles areas being the densest clusters in the state. The San Francisco Bay Area and Silicon Valley create another cluster. The Portland, Oregon, metro area, and the North Atlantic coast follow.

Per the NBI report, California and Oregon account for half of all the zero-energy buildings on the list. In 2018 alone, California has 214 such projects scheduled for completion; Oregon has 24. For progressive-minded facility managers, there's a clear market edge for careers in these locales, but other regions like Florida and Georgia also are showing strong signs of ZE growth.

Policies have helped lead the ZE charge. California has a number of energy policies, energy reduction goals and utility programs that create incentives for such zero-energy building success. The Northeast and Southwest are experiencing growth in excess of 90 percent since 2014.

Like what is seen in California, energy codes in jurisdictions across North America play a crucial role in driving efficiencies in new construction projects. For example, British Columbia has claimed that by 2032 the province will work to achieve zero-energy-ready status in all new construction. By 2020, it seeks to reduce the expected increase in electricity demand by 66 percent and reduce greenhouse gas emissions to 33 percent below 2007 levels and 80 percent by 2050.

ZE buildings span a number of building types — including hospitals and restaurants — so there's no pigeon hole for facilities managers should they desire to advance their career in the ZE field. Education continues to be a high mark for the development of ZE buildings, with K-12 schools, higher education and general education facilities leading the current year's list. Offices account for 1 in 5 ZE buildings.

The private sector also is getting involved, with investments in more than 25 percent the list representing for-profit buildings, and home builders admitting that ZE residential projects have been "profitable, sustainable and rewarding for their businesses and their customers."

Despite the gains, NBI says there is still work to be done. Specifically, the group is focused now on the following:

For facility managers, there is likely much potential for new growth, educational and career opportunities as the building sector is on the precipice of many more efficiency efforts in the decades to come.