Does technology bring down our dining experience? 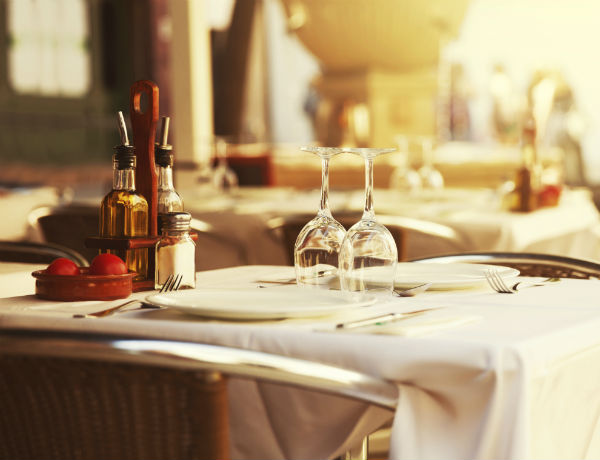 I was taking my friends out to one of my favorite Cantonese restaurants for dim sum the other day. I felt a little embarrassed, however, when I pointed the location to my friends on Google Map, because the restaurant only had a 3.0 rating on a 5-point scale on Google.

I believe I picked a good restaurant. It offers authentic Cantonese food with very reasonable prices. Most of all, it is always packed.

On weekends, patrons have to wait for an hour or more to get in. It turned out my friends also enjoyed their experience there.

I have no clue why such a busy restaurant would only receive a “passing grade” on Google.

Are customers too critical these days? Or am I too easy?

I recently read an article about how customers’ dining behavior had changed in the last decade, and I finally understand why restaurants receive more criticism these days.

According to the article, a famous restaurant in New York City had always been very busy in the past, but it received more complaints on the Internet recently. The owners tried many remedies, such as adding more servers or giving more training, but customers just kept complaining.

In the end, the owners decided to observe what was really going on in the restaurant -- they watched two tapes from the surveillance cameras: one was recorded July 1, 2004; the other was July 3, 2014.

Guess what they found from the tapes?

They were seated with a menu. Three out of 45 requested for a different seat.

Customers spent about 8 minutes on the menu before closing it, indicating that they were ready to order.

Appetizers were served in about 6 minutes (except for complex items).

Two out of 45 customers sent items back.

Checks were delivered when customers finished their meals.

On average, it took 1 hour and 5 minutes from start to finish.

They were seated with a menu. Eighteen out of 45 requested for a different seat.
Instead of opening the menu, they took their phones out. Some were taking pictures; others were just playing with their phones.

Seven out of 45 had servers come over immediately.

They showed something on their phone to the server and took about 5 minutes of the server’s time. Later, the servers explained to the management team that the customers needed help with Wi-Fi connections for their phones.

Servers came back to check with the customers. Customers asked for additional time.

Customers were finally ready to order, with an average wait time of 21 minutes.

Food began arriving in about 6 minutes (except for complex items).

Twenty-six out of 45 customers spent about 3 minutes taking pictures of the food.

Fourteen out of 45 customers spent an additional 4 minutes taking pictures of themselves or one another with the food in front of them.

Nine out of 45 customers sent food back to reheat.

Twenty-seven out of 45 customers asked servers to take a group picture for them. On average, it took about 5 minutes of theirs and the server’s time until the customers were satisfied with the group picture.

On average, it took 1 hour and 55 minutes from start to finish.

There is a saying among foodies: “Camera eats first.” While I completely understand the “picture and social norm” in restaurants, I am wondering if mobile technology has brought down our dining experience.

If a restaurant does not have a phone-free policy, it is time to educate and train the servers with two sets of skills. Customers with and without cellphones have distinguishable expectations and should be served differently.

In your experience, has mobile technology enhanced your dining experience? Or the other way around?