Doctors: EHRs have not improved productivity 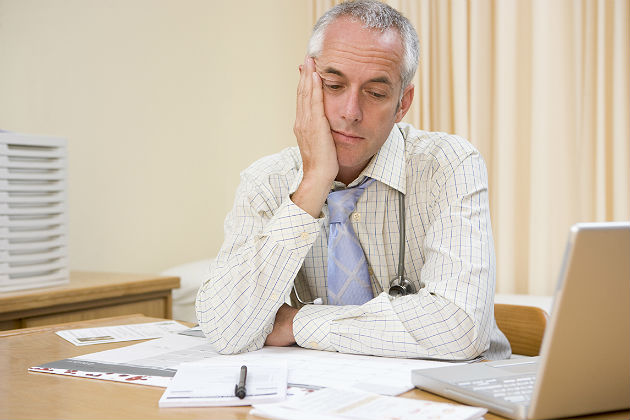 This marks an overwhelming amount of charting for those using technology, which is meant to decrease the time spent charting and away from patient care.

"And we wonder why clinicians dislike their EHRs," the announcement states. "When 46 percent of users consider their productivity to have decreased and 74 percent say their productivity is the same or worse after expending a great deal of time and money, this 'dislike' should not be a surprise. And now we have some data to substantiate their concerns."

PAA said it found the results surprising, considering 85 percent of respondents self-identified as comfortable with technology and 80 percent preferred electronic records to paper ones.

Unfortunately, there is nothing new in this survey. Nearly 60 percent of ambulatory providers surveyed for an IDC Health Insights report issued in 2013 says physicians were unsatisfied with their electronic health records, citing frustrations with usability and workflow.

The study, "Business Strategy: The Current State of Ambulatory EHR Buyer Satisfaction," polled 212 ambulatory and hospital-based providers. It found that while the adoption of EHRs is widespread, the experience of most who use them "is one of dissatisfaction."

EHR use — from a productivity standpoint — doesn't seem to be getting any better. As of a recent report published by FierceEMR, more physicians are shopping for an EHR system from an existing system in 2015, rather than buying one for the first time.

A randomized survey of 385 physicians, many from smaller practices, found that the number of buyers replacing their existing EHR software has increased 59 percent since 2014, and that dissatisfaction with their current system was the top driver for being in the market, with almost one-fourth (24 percent) of respondents citing this as the reason.

According to the report, the top EHR functions requested by buyers were patient tracking, customizable templates, regulatory compliance and electronic prescribing. Forty-four percent of EHR buyers reported using a commercial EHR, and 16 percent reported using a combination of paper and an EHR. Still, 21 percent said they were using paper and manual record-keeping methods.