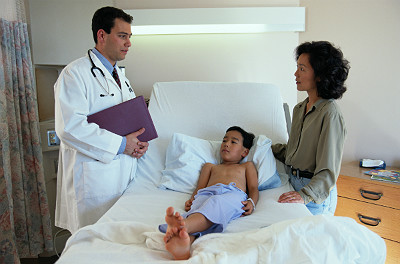 Todd Campbell, a columnist for the Motley Fool, recently wrote that the future of healthcare given by hospitals is changing. And that change is the opening of hospital-owned urgent care facilities.

Urgent care is not emergency care. It is a way to offer patients a lower-cost alternative to hospital emergency rooms — and make a profit of about $250,000 each year while protecting a hospital's territory.

According to the article, a 20 percent growth in urgent care centers is likely over the next five years, from about 10,000 currently to 12,000. And large for-profit hospital chains are leading the way as they see a new source of revenue.

It is no coincidence that nearly 3 million Humana insured live near a Concentra center where they are steered by Humana to reduce ER visits. While they are not the only insurers to take this approach, hospitals are leading the charge.

Despite the Affordable Care Act, total ER visits have not declined. And in states where the Medicaid expansion took place, ER visits actually have increased. In other words, overall utilization of emergency departments has risen.

Along with it, hospital bad debt has also risen as there is little likelihood of Medicaid patients paying their bills. There is also anecdotal evidence that patients who bought insurance under the ACA with high deductibles (Bronze plans) also are overusing hospital emergency departments.

A 2010 New England Healthcare Institute study found that nearly half of all emergency visits were avoidable, including patients over age 65. According to the study, the overuse of emergency departments spans all ages irrespective of insurance status or age.

For the newly insured by Medicaid, it is often a situation where they are using habits ingrained in them by years of not having insurance. Have a fever? Go to the local hospital emergency department.

Experts say many reasons are responsible for the increase in Medicaid visits, which include:

By offering a lower-cost alternative, hospitals can refer these nonemergent patients to care within their own system that comes at a lower cost. Even if they lose some money on these patients, it is less than they would by completing the ER visit.

Of course, doing this is not without risk and requires expert triage in the emergency department — sending a critically-ill patient for a lower level of care than offered in the ER must not occur.

A study by the Center for Studying Health System Changes reports that the data on UCC use on emergency department visits is unclear. However, anecdotes from hospitals around the country are favorable:

Mount Carmel Health System: In Ohio, Mount Carmel Health System bought out two urgent care centers that were physician-owned. In addition, Nationwide Children's Hospital is expanding its urgent care services by opening a new center in Marysville. According to the article, Ohio hospitals do not always make a profit, but "think of them as sustaining themselves as far as what they do in the system."

Inspira Health System: Many New Jersey hospitals also own urgent care centers — an example is the nonprofit Inspira Health System that opened a UCC this month in Glassboro. "Thirty percent of people don't have a regular relationship with a physician and don't have a way to get medical help without emergency services, that's what urgent care is for," said Jim Boote, vice president of Ambulatory Services at Inspira. "Urgent care is an available and good option, whether you sprain your ankle playing in a local basketball league game or if you have a sick kid with a stomach ache who needs to see a physician."

Carroll Hospital Center: Carroll Hospital Center of Westminster, Maryland, has acquired two urgent care centers in Eldersburg and Reisterstown. The hospital explained the reason for the acquisition was to improve access to its patients. Most are from rural areas and often turn to the hospital ED when their doctors are not available. The urgent care centers give them a lower-cost alternative for non-life threatening urgent care.

To date, studies on hospital-owned urgent care center and ER utilization are incomplete. Anecdotal evidence suggests that hospitals believe urgent care will reduce ER use, but only when data analysis occurs can anyone be sure.