Staffing for the ER onslaught: A surprising consequence of the ACA 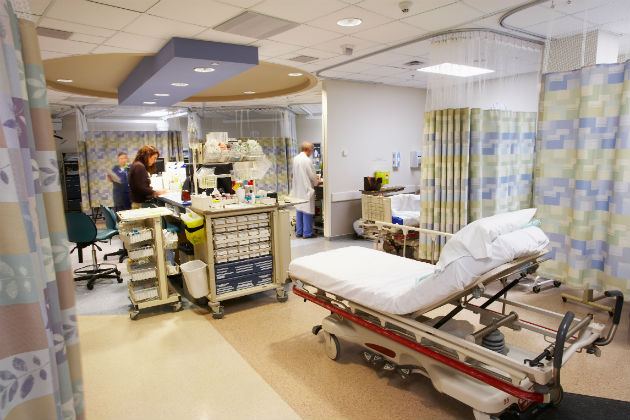 One hoped-for outcome of the Affordable Care Act was the reduction of emergency department use for primary care reasons. Though that was the intent, the reality is that ER visits are rising, and ER administrators expect that rise to continue through at least 2015.

Surprisingly, ER visits have risen since Jan. 1 both in states where the uninsured rolls shrank due to the expansion of Medicaid and in those that elected not to take part in the expansion.

In states that expanded Medicaid, newly-insured patients who always used the ER when uninsured are still going there for immediate care. Additionally, while getting them insurance coverage in many states was successful, getting them a primary care doctor has not been as easy. So, with an insurance card in their wallet or purse, they go to the ER for their care, and insurance pays for it.

In states that refused to take part in the Medicaid expansion, there are still millions of uninsured. They make too much for Medicaid, but do not qualify for premium subsidies under the ACA. For them, the ER was and is their primary care doctor.

Nevertheless, states without Medicaid expansion have seen a net increase in insured patients, many for the first time, thanks to ACA. These patients have ER use behavior similar to those of the Medicaid population. The net result: The Affordable Care Act has unintentionally driven ER use higher.

According to the Centers for Disease Control and Prevention, there are around 1 billion physician visits in the United States each year. Of these, nearly 12 percent (120 million) of patient encounters take place in hospital ER departments.

However, only 4 percent of the nation's physician supply are specialists in emergency medicine. Clearly, with ER doctors seeing patients every day of the year and around the clock, there is a severe emergency doctor shortage, and with ACA, the predictions are that it will get worse before getting better.

Studies show that resolving the ER physician shortage will take more than adding physicians, as training and education will take almost a decade to have any impact.

Recommendations include "the increased utilization of mid-level providers and enhanced collaboration with primary care physicians who often staff smaller, rural emergency departments." Studies note that physician assistants and nurse practitioners become a more often used resource in emergency medicine, with mid-level providers participating in the care of 13 percent of all U.S. emergency department visits in 2005.

While regulations governing how these mid-level providers' supervision takes place, generally they work under a licensed physician. The physician does not need to be present, but available by phone for consultation and close by if the physician needs to see the patient .

According to Medscape, ER physicians averaged a salary of $270,000 in 2013, however, a third of all physician specialists make 33 percent more. The top three specialties for pay are orthopedic, cardiology and radiology. Until the pay improves and there are perhaps government incentives for becoming an ER doctor, additional ER doctors are not in sight.