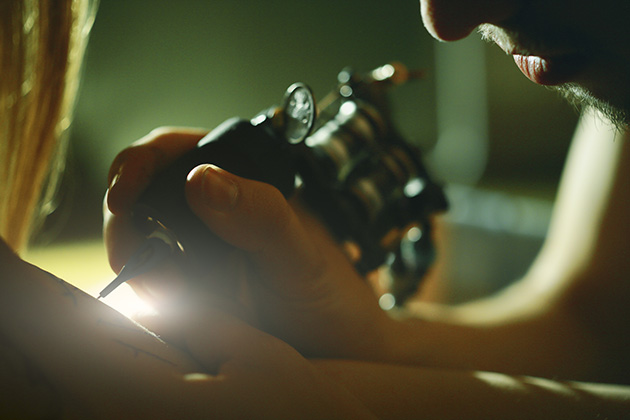 A recent correspondence to the New England Journal of Medicine has sparked some much-needed discussion on the issue of do not resuscitate (DNR).

Physicians from the University of Miami wrote in to discuss a recent ethical dilemma encountered while caring for a recent patient who arrived with "Do NOT Resuscitate" tattooed on his chest. The patient's signature was tattooed just below the statement, further adding to the questionable legitimacy.

Paramedics brought the unconscious 70-year-old to the emergency department, where he was noted to have an elevated blood alcohol level and a history of COPD, diabetes and atrial fibrillation. Social work was immediately involved to assist in locating a next of kin as the patient continued to deteriorate and was unable to assist with discussing goals of care.

The physicians discussed their initial decision to not honor the tattoo as this decision would have significant, irreversible consequences. However, they also felt conflicted and therefore initiated an ethics consult for further assistance.

The ethics consultants ultimately advised them to honor the patient's DNR tattoo as it was "reasonable to infer that the tattoo expressed an authentic preference." A DNR order was rendered, and the social work department was able to ultimately obtain a copy of the patient's out-of-hospital DNR orders, which were consistent with the tattoo.

As the patient's condition deteriorated, he ultimately died without undergoing resuscitation, per his wishes.

This article has sparked a firestorm on social media, with varied opinions weighing in on the matter. Many expressed the idea that it should be honored, given his medical history and perceived clear decision-making at the time of getting the tattoo. Others felt it could not be relied upon.

However, what was clear in the NEJM correspondence is that it certainly sparked a conversation and likely altered some of the aggressive medical decision-making while clearer answers were sought. So, ultimately, the tattoo did serve its purpose.

The idea of a DNR tattoo is not a new one. Spend any time in the ICU or ER, and you will quickly here jokes and comments from the healthcare workers who plan to get them as they hit their golden years.

As many healthcare providers watch families grapple with making difficult end-of-life decisions for their loved ones or just blatantly refuse to honor them, a tattoo sure does seem to remedy that conflict.

The state of Maine proposed such ideas into their legislative session this year. The proposal wanted to prohibit emergency medical treatment providers from starting resuscitating a person with an "indelible do not resuscitate mark." Proponents of the proposal sought to have clarity in a patient's wishes in case they did not have their legal paperwork with them at the time of arrest.

However, emergency medical responders felt there would be more confusion during a time where timely decisions are critical. The proposal did not pass the judiciary committee review.

This is also not the first time DNR tattoos have been in medical literature. In 2012, Dr. Lori Cooper and Dr. Paul Aronowitz of the California Pacific Medical Center published a cautionary tale about DNR tattoos.

They relayed the story of a recent patient who had "DNR" tattooed to his chest. However, he stated he wanted resuscitative efforts. Upon inquiry of the conflicting tattoo, he relayed the story of losing a bet playing poker in his younger years. It was suggested to him to have the tattoo removed to prevent confusion in the future, but he declined, as "he did not think anyone would take him seriously."

Just like any other ethical dilemma, there really is no "right" answer. However, it certainly can spark a debate and bring more clarity — just as the tattoo ultimately succeeded in doing.