Dilemmas of an executive director 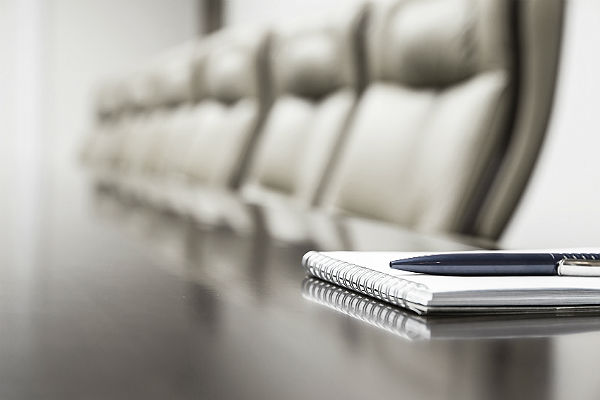 In response, my colleague Ben Graybar, a commercial banker and board member, offers his insights regarding dilemmas sometimes facing executive directors (ED). From the board wanting to fire the executive to staff attending meetings, he shares his experiences on nonprofit boards.

My initial interest was in reference to a board trying to do the staff’s job and getting in the way of the ED. It reminded me of a conversation I had with the chief paid staff person of a nonprofit whose board chair was perceived as overreaching and micromanaging the organization.

Her perception was that her job was being threatened, and we discussed what options she had. As the prior article offered, it was an example of a board member with an agenda for departure of the executive. The ED and the board were not getting along well.

We discussed how the executive committee viewed her performance, and whether the current chair had support with her agenda. In this example, it seemed like there was less support for the elected chair in her desire to transition to a new chief executives.

Thus the discussion was redirected to building support by the successive chair-elect and the officers, while allowing the ED to perform her responsibilities.

The executive waited out the year for the change of leadership in hopes of a better board-staff relationship. The incoming chair redirected the board’s efforts and the ED felt secure in her position again.

It is an art and a science for an ED to successfully weather the transition for the chief elected leader. It has been said that in a decade of chair transitions, most will be amicable relationships, one or two chairs might cause a problem for the ED, and one may actually become the ED’s best friend inside and outside the workplace.

What happens when the situation is a poor performing executive director? They may be ineffective at managing staff, failing to advance the strategic plan, or ignoring financial data.

When the board dislikes the performance of the ED, relationship and trust are likely to be damaged. Ben emphasizes, the power might be in the hands of "whomever conducts the executive’s annual review."

Of course. the board does not comment on or write about the performance of the organization’s staff. However, they may be asked to provide input to the chair as the ED’s review is undertaken. It is probably prudent for the chair to also request board input.

Board meetings may be a sign of the state of the relationship between the ED and the volunteer leaders. For instance, the tone of the discussions, accessibility to information, and follow-through.

What if the executive is not acting on the requests and direction of the board? What if staff is not providing key information?

It is worth noting that an IRS defines the distinction between board and ED for Form 990, the annual Information Return. The previous article points out the inappropriate behavior of dropping from board governance to micromanagement.

Executive Director — The person who has ultimate responsibility for implementing the decisions of the governing body or for supervising the management, administration, or operation of the organization.

Board of Directors — The governing body is authorized under state law to make governance decisions on behalf of the organization and its shareholder or members.

If ED problems exist or are perceived to exist, the board or officers will have to address the issue. A board should not "kick the can" or problem down the road for next year’s leadership.

The decision to change or remove an executive is not one to be taken lightly. It requires consensus of roles necessary for the board to undertake in transitioning, identifying, screening, interviewing and hiring. There is no guarantee that the new hire will work out and the process will have to start anew.

Another dilemma is: Who’s in the boardroom? Including support staff can have benefits and drawbacks.

If directors address their questions and conversations to the staff rather than the ED, problems may arise.

The executive works with the board and staff work under the ED. Directors are expected to respect the lines of authority. Communications should flow through the executive or, at a minimum, copy the ED.

One area where separation of board and staff can be difficult is with financial discussions.

Good governance requires financials be provided in a timely and appropriate format. Board oversight and confidence can be enhanced by enabling officer access to bank account information; often through online access. This should be identified by policy and procedure.

Most of the fraud this banker has seen over the years happens when there is lack of oversight, or where only one person is involved.

No board member wants to hear they have failed in their fiduciary duties. Oversight guidelines shouldrequire multiple people who review critical areas such as financials.

To verify this is taking place, any online log-in or statement reviews by the board could be recorded in board minutes.

As frustrating as it might be for a board member wanting to contact staff for information or a favor, the chain of hierarchy needs to be followed.

For an ED who is not communicating well in both directions — to the board and the staff — they put their job at risk. The board experiences frustration and seeks resolution from the executive.

The chain of command can be codified by policy or in the bylaws. It can be depicted in an organizational chart. If communication is wrongly directed or breaks down, the official documents will be useful in identifying accountability.

An executive director can experience dilemmas as the board transitions and new chairs alter the balance of the relationship. Similarly, lines of communication can cause a problem, especially board members going around the executive.

A resolution will come from clear guidelines and a thorough board orientation. It is easier to have these in place than trying to create them during a difficult period in the ED-board relations.

Bob Harris, CAE, provides free governance tools and templates at The NonProfit Center. He is on the faculty for the U.S. Chamber of Commerce and has worked in Amman, Jordan, Tokyo, Japan, Kiev, Ukraine and Minsk, Belarus to help organizations. Bob received “Association Partner of the Year” award from Association Trends Magazine in 2012, and he has authored books on association management. To improve management he created the Association Self-Auditing Process, used by more than 20,000 organizations. He believes that nonprofit organizations should be as efficient as any commercial business.