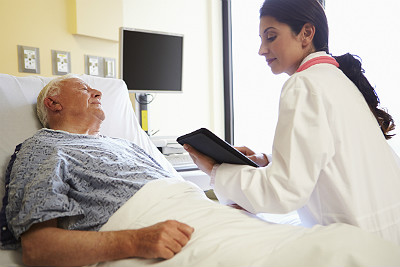 The Department of Health and Human Services’ (HHS) Office for Civil Rights has released a new final rule designed to protect individuals and healthcare entities in HHS-funded programs from discrimination on the basis of their exercise of conscience. It will take effect in approximately two months.

The "conscience rights" rule will allow healthcare workers to refuse care based on religious or moral objections and will grant protections to healthcare workers who refuse to provide services such as abortion or transition care for transgender individuals.

The rule was first proposed in 2018. Those who support the rule are pleased with the outcome of the HHS initiative developed by the Trump administration. Progressive healthcare groups and lobbyists, on the other hand, are concerned by the rule because they think the regulation might hurt access to care for patients.

Conscientious objectors, therefore, they may file a complaint under the Federal Health Care Provider Conscience Protection Statutes if they believe they have experienced discrimination because they:

The language on the HHS website has been expanded to speak to the protection of religious freedom and conscience and moral objections. It specifies that OCR’s mission includes "ensuring that HHS, state and local governments, healthcare providers, health plans and others comply with federal laws that guarantee the protection of conscience and free exercise of religion and prohibit coercion and religious discrimination in HHS-conducted or funded programs."

Outrage at the proposed "religious refusal" rule helped generate more than 200,000 comments submitted to HHS by the March 27 deadline prior to the rule’s passing. To say the least, the "conscience rights" rule has been controversial. Some see it as incredibly divisive, even discriminatory, while proponents say that the new rule reduces discriminations, specifically against religious rights for those who hold those beliefs.

HHS said that the new rule would replace previous 2011 regulations, which have proven "inadequate."

The director of the Conscience and Religious Freedom Division, Roger Severino, said in a statement that the rule "ensures that healthcare entities and professionals won't be bullied out of the health care field because they decline to participate in actions that violate their conscience, including the taking of human life. Finally, laws prohibiting government funded discrimination against conscience and religious freedom will be enforced like every other civil rights law."

The ACLU, on the other hand, said in its comments regarding the proposed rule during the comment period that the rule "grants healthcare providers unprecedented license to refuse to provide information and healthcare to patients and puts faith before patients’ health. The rule contravenes the core mission of the Department of Health and Human Services to protect and advance the health of all. The department’s failure even to mention the impact of the rule on patients is clear evidence of its misplaced priorities. The rule also flies in the face of the longstanding history of the department to further our nation’s health by addressing discrimination in healthcare, aiming instead to foster discrimination."

As divisive as the rule already was, there’s likely more attention that will be paid to this regulation in coming months. Nevertheless, as is, it’s moving forward.

Meanwhile, implementation of the rule to provide conscience protections for doctors and other healthcare workers in HHS-funded programs will cost $125.5 million annually, according to a government estimate.