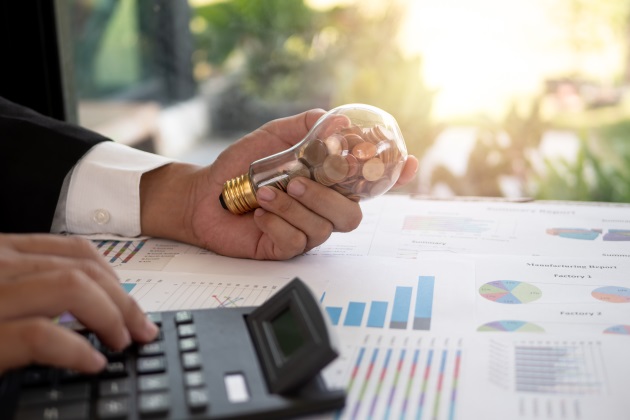 Solar power continues to grow rapidly, and jobs in the sector are on the rise — an indicator of its success. Employment has more than doubled in the United States over the last decade in this field, growing more than 153% since 2010 — to more than 242,000 workers directly employed by the industry.

For example, Hawaii plans 100% renewable-sourced electricity by 2045. In California, former Gov. Jerry Brown signed legislation before his term ended requiring the state’s utilities to obtain 100% of their electricity from zero-carbon sources by the end of 2045 (including 60% renewable energy sources by 2030).

For business organizations, renewable energy can be a costly capital investment, but more companies are experiencing the successes of their efforts to reduce the energy used within their buildings and plants (upgrading lighting, water heating, and space conditioning systems, with more efficient options).

Renewable energies are viable to supplementing the energy needs of commercial buildings, industrial plants education facilities and other ventures. One program created to help facilities leaders explore the opportunity of renewables is the Better Buildings Initiative from the U.S. Department of Energy.

According to the agency, the program is meant to work “across industries to provide guidance and to document effective approaches for installing renewable technologies including solar, wind and geothermal.”

Per the government’s reporting on the issue, many organizations are making headway with solar.

For example, retailer Best Buy is using solar insolation and energy conservation to realize a cost savings of 25% over the course of four years at its franchise in Richfield, Minnesota. The experiment by the company went further in its energy reduction efforts when the store installed prismatic skylights and a dimmable fluorescent lighting system to harvest daylight. By doing so, the store saw lighting energy reduced by 45%.

Alternatively, Suncoast Credit Union in Bushnell, Florida, upgraded its Bushnell Service Center with solar electric systems in 2013. After its first year of operation, that service center delivered more than 31 megawatt-hours (MWh) to the grid and used 25 MWh, exceeding its expectations to become a zero-energy building.

Another example includes a rooftop solar unit at Super 8 in Ukiah, California, which provides 60% of the electric power and 100% of the hotel’s hot water production for the guestrooms and the hot tub.

Schneider Electric and Cummins, two manufacturers, implemented solar energy to support plants in Smyrna, Tennessee, and Lakewood, New York, respectively, saving hundreds of thousands of dollars in operational costs at each of these facilities, the Department of Energy reports.

In education, successful examples of renewable energy production can be seen at Discovery Elementary School, one of the first zero energy schools on the East Coast. The Arlington County (Virginia) Public Schools district has said that the 97,588-square-foot facility accommodated a growing district while operating at a 66% lower energy use intensity (EUI) compared to the district’s average.

The point of these examples, provided by the federal agency, is to show that renewable energy programs can work across any number of organizations and sectors, with real results realized.

But there are some drawbacks to making renewable energy a practical source of on-site energy production. By understanding the state of renewable-energy offerings and their financial implications, managers can specify the most appropriate option and optimize its performance after installation.

For example, photovoltaics and wind turbines can produce electricity only with the presence of sun or wind, which are intermittent and do not necessarily match facility needs for consumption.

Some managers house and use batteries in their facilities to store power, even though that strategy is not the easiest option. Other managers use the power when it is available.

Also, facilities must locate wind turbines where they can access wind, such as on a hilltop or building. Photovoltaics typically require south-facing space, and roof shape and direction determine its feasibility. As with photovoltaics, geo-exchange systems require a great deal of real estate in the form of large tracts of land set aside with no prospects for future development.

In evaluating renewable components using a life-cycle assessment, most organizations can benefit from some sort of renewable technology. For public and institutional clients, paybacks usually are 15 years or shorter, with net present values eclipsing those of other investment options. For the private sector, typical paybacks are five to seven years.